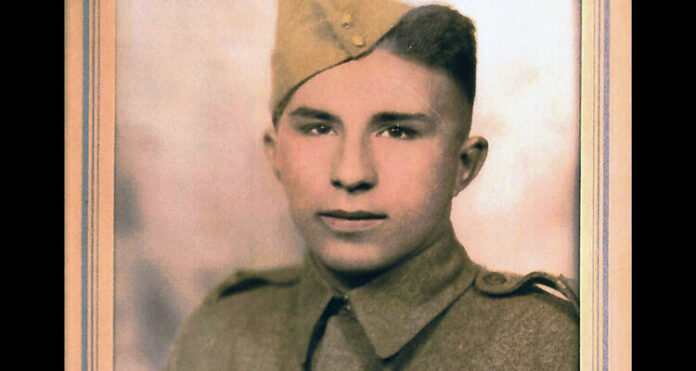 The proper recognition may have been a long time coming, but the Métis National Council and federal government have not overlooked the contributions made by Métis veterans during the Second World War.

Recently, veteran Donald Russell Linklater received an official thank you along with $20,000 as part of the $30 million Métis Veterans Recognition Payment Contribution Agreement reached between the federal government and the MNC last September. At the same time, an apology was issued by Prime Minister Justin Trudeau for the injustices Métis veterans faced upon returning home to Canada.

While Linklater, from Manitoba, is the latest Métis veteran to be recognized, he was certainly not the first. A number of veterans across Canada have already been acknowledged through the agreement, including the near 100-year-old Louis Roy of Beauval.

“Louis Roy is one of the last few remaining Second World War veterans and, if I understand, he could be among the last two in Saskatchewan,” commented Beauval mayor Nick Daigneault. “Louis is a staple person to this community as a very well respected elder. We’ve done our best to honour his presence and contribution to the community during our Remembrance Day ceremonies annually.”

Roy was born in Ile-a-la Crosse Aug. 2, 1920 to Elie Roy and Eliza Corrigal. He was raised near Ile-a-la Crosse, in a small bay known as Wishahk. His family lived off the land by trapping and fishing. In 1931, at age 11, Roy was sent to the boarding school in Ile-a-la Crosse. He learned to speak a bit of English and French, but his mother tongue remained Cree and he continues to speak it fluently to this day.

When his father passed away in the winter of 1932, Roy and his family relocated to Beauval. He enlisted in the Canadian Armed Forces Feb. 25, 1942. He was 22 years old and took basic training in Saskatoon. Afterward, he was sent to Winnipeg where he finished his advanced training. Once completed, he went by train to Halifax and boarded a ship to Europe.

Roy arrived in Glasgow, Scotland and was then sent by train to the south coast of England before eventually being transferred to Dover where he performed guard duty for a year-and-a-half. He was later sent back to Glasgow where he boarded another ship. He was not told where he was going until the third day when he learned Italy was the destination. It took nine days to get there.

From Scotland, he travelled to Ireland, Spain, Portugal and then through the channel of Africa entering the Mediterranean Sea and on to Algeria. From there, they went to Sicily and finally crossed to the south side point of Italy. For the next two months, Roy actively fought on the front lines. The Canadians fought in central Italy while the Americans fought on the left side and the British on the right. They pushed hard night and day, fighting off their enemies. They reached central Italy, but did not advance any further, as fresh units were sent in instead.

When the war ended, Roy returned to Beauval where he took up trapping and fishing. He later married, raised a family and established a homestead along the Beaver River.

“We recognize not only Louis’ contributions to our country through his service in the war, but he chose to stay here and raise his family here,” Daigneault continued. “Many of his children and children’s children have planted roots here and are involved in various roles in the community.”

Among Roy’s 10 children is his eldest, daughter Alma Roy. She said the recognition her father and other Métis veterans are now receiving is long overdue.

“As far back as I can remember, my gather always spoke about the war,” Alma Roy said. “I know it affected him immensely, but throughout his entire life he was always a hard worker. He’ll be 100 years old this year and is just such an amazing person. As I said, this is long overdue and I am so glad people are now being made aware of the contributions Métis people made during the war.”