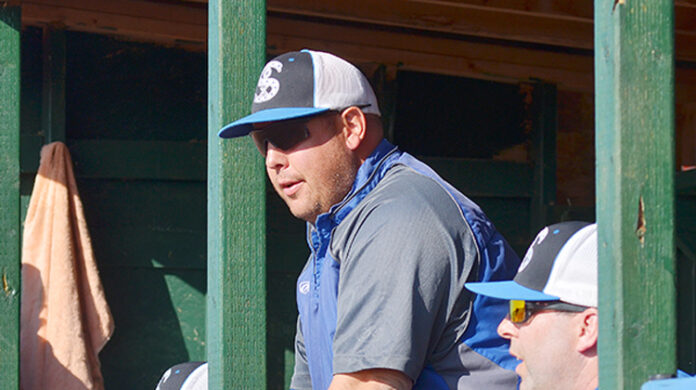 Meadow Lake’s Regan Beck is looking forward to combining the passion he has in his personal life with that of his professional one.

During Monday’s (July 27) regular meeting of Meadow Lake city council, a motion was carried ratifying the hiring of Beck as the city’s new parks and recreation manager effective Aug. 17. Beck, who for the past nine years has served as financial controller at NorSask Forest Products, replaces former recreation manager Robin Mitchell who vacated the position earlier this year.

“Ever since I first arrived in Meadow Lake about 15 years ago, I felt the community could really benefit from having a parks and recreation manager,” Beck told Northern Pride. “It’s a position you see in other communities, so – when the job was first introduced (with Mitchell’s hiring) – it was definitely something I considered. The timing wasn’t right then, however, but now I’m prepared to make the leap.”

“This volunteer experience, as well as my experience as financial controller at NorSask, will really help me in my new role,” Beck said. “Now, however, I’ll be dealing with taxpayers’ dollars. I’m very excited to get started and I certainly have some ideas.”

Beck said he would like to see the city’s recreation facilities utilized as much as possible and to their full extent.

“We also have a very strong artistic community and, although people may not know it, I enjoy the arts as well and want to do my part to help all organizations in Meadow Lake,” he said. “I know what these volunteer groups do and I want to see them succeed. Everyone works extremely hard at what they do, and if the city can give them the support they need, they can achieve great things.”

During Monday’s meeting, all but one of the council members who were present voted in favour of hiring Beck. The odd man out was councillor Richard Levesque.

“I’m being asked to approve the hiring of a recreation manager, but I’ve never seen his résumé,” Levesque said. “I’m also not aware of anyone from council who was involved with the job interview, and with the denial of the grant for the multi-use facility (the city applied for funding through the Investing in Canada Infrastructure Program which was denied) and the implementation of new parks and recreation software, I’m not sure this position is even warranted.”

In a subsequent interview, city clerk Jessica Walters said council members are not traditionally involved with the interview process when it comes to new hires.

“A new administration bylaw was adopted in 2011 that changed some of the roles, responsibilities and authority of city administration, as the position of town administrator was updated to city manager, city treasurer and city clerk,” Walters noted. “I’m told prior to 2011 and this bylaw, there used to be a committee of council that was involved in hiring management positions. The administration bylaw grants the city manager the authority to appoint or dismiss all city out-of-scope (management) positions with the ratification of council. In my time here, this process has been handled by administration with council provided updates about how hiring is progressing, but not participating in the hiring committee.”

Walters went on to state, with this particular position – which was created at the end of 2018 – there was also a discussion about who should be involved in the hiring decision.

“At that time, council directed a committee of community members with relevant experience and involvement in recreation should be asked to participate in hiring rather than a committee of council members,” she added.