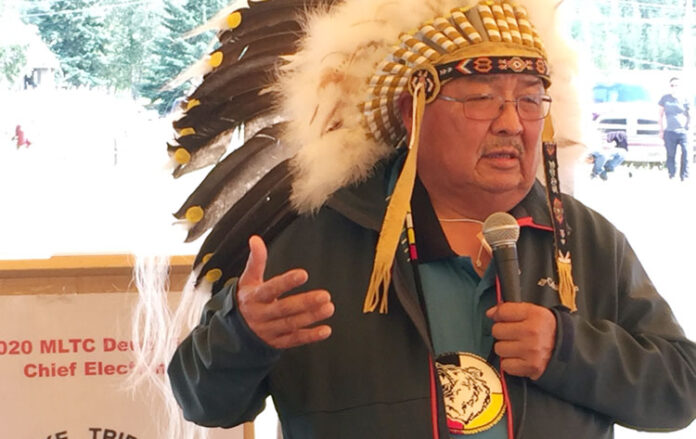 Former English River First Nation chief Lawrence McIntyre isn’t ready to give up on being an elected official quite yet.

McIntyre – who served as ERFN chief from 2015-2019 – was recently elected as the Meadow Lake Tribal Council’s (MLTC) Dene vice-chief, securing the most votes of the four candidates to put their names forward. The vote took place Aug. 14 on the LaPlonge reserve near Beauval.

“It was a very nerve-racking victory because the other three candidates had a tremendous amount of credentials,” McIntyre said.

“I’m very grateful to have been seeking this position alongside these three individuals, and am also thankful to the person who nominated me – Canoe Lake Cree Nation chief Francis Iron – and current ERFN chief Jerry Bernard, who was the person who seconded my nomination,” McIntyre continued. “I also want to acknowledge all the people who supported me in becoming the new MLTC Dene vice-chief.”

Earlier this year, MLTC announced it would be reintroducing the Dene vice-chief position. The Meadow Lake Tribal Council already had a Cree vice-chief in Richard Derocher of Flying Dust First Nation, but by also having a Dene vice-chief it will both equalize representation and also lighten Derocher’s workload given how many projects MLTC currently has a hand in.

“It’s been 10 years since we’ve had anyone in the Dene vice-chief position,” stated MLTC tribal chief Richard Ben. “I’ve always said three heads are better than one, and even though there are a lot of similarities between the Cree and Dene culture, they are two different languages and they both have their own unique differences. Lawrence brings a wealth of experience to the role, while we also had four really great candidates all with political experience. It was a tough race, but I know he will do a good job.”

The Aug. 14 vote featured two ballots. The successful candidate needed to secure 50 per cent of the vote plus one to be declared the winner. On the first ballot, Cheecham received 11 votes, Sylvestre nine, Jolibois five and McIntyre 21. This meant Jolibois would not be included on the second ballot, which saw McIntyre earn 29 votes to Cheecham’s nine and Sylvestre’s six.
Meanwhile, the vote was originally scheduled to take place March 27, but was delayed because of the COVID-19 pandemic. McIntyre said with the election now over, he’s looking forward to helping MLTC achieve bigger and better things.

“In addition to serving as ERFN chief, I was also a councillor back in the 1980s and have 19 years of experience as a band manager,” McIntyre noted. “I have also worked in economic development and with MLTC for about seven years in the areas of business development, youth development and training. When the vice-chief position became available, I was approached by my chief, Jerry Bernard, as well as a few elders about running. All First Nations have common struggles when it comes to areas such as housing, education, lands and resources, wellness and our treaties. It’s essential the nine First Nations work together if we want to accomplish great things.”