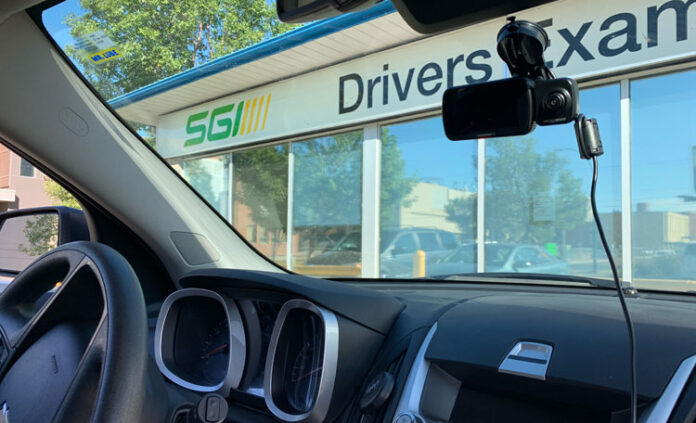 Driver’s education in Meadow Lake has taken a back seat to COVID-19.

Recently, Stephanie Singer – administrative assistant at Carpenter High School – issued a letter to parents explaining the need to delay the program upon schools reopening this week.

“Please be advised driver’s education for the fall of 2020 has been postponed,” Singer noted. “It will no longer be starting Sept. 8 like originally planned. We will notify you when a future date has been decided.”

According to driving instructor David Blatz, CHS opted to postpone driver’s education this fall to ensure students are able to stay safe.

“My understanding is the students are separated into cohorts and they can’t leave those cohorts for anything when at the school,” he said. “We would have kids from multiple cohorts wanting to take driver’s education. It’s not practical to do a whole bunch of classes, but they aren’t going to let us go into the school and do our regular driver’s education class.”

Instead, Blatz added, an effort will be made to conduct the classroom part of the program via the online video conferencing program, Zoom.

“That would be an evening thing – a couple hours a couple days a week to get the classroom part done,” he said. “We’re still working on the details, but that’s the way it’s looking for the fall. We’ll still be able to have driver’s education and we will still be able to drive with the kids, but it will be more of a one-on-one thing… It’s going to be a little tricky and people will need to be patient with the process. It’s going to impact people and won’t be as easy as it was, but hopefully by the next semester things will have calmed down. One semester like this, I believe, is doable.”

When the COVID-19 pandemic was declared in March, it put an abrupt stop to last spring’s program. However, Blatz also said things are slowly but surely catching up.

“When the schools shut down, we also had to shut down – we didn’t do any instruction at all for about three months,” Blatz said. “Come June 8, however, we were able to go back to driving, just no in-class work. There were also restrictions in place – everyone had to wear a mask, we had to wipe down the car after every driver and the windows needed to be down when possible.”

Blatz and his wife, Becky, worked through the summer to allow the students who should have been driving those three months to be brought up to speed.

While the number of students enrolled in driver’s education at the time was significant, Blatz said he is uncertain as to how many people were impacted in terms of not being able to get their driver’s licences because of the pandemic. One such person, however, was Makwa area teen Romy Schafer. She completed the driver’s education program as well as her driving hours in 2019, but had to wait until she turned 16 in May of this year to complete her road test.

“But, COVID-19 hit in March and everything closed down,” Schafer said. “Some of my friends, as well as kids a year younger than me, didn’t have a chance to finish their driver’s education and I was unable to book my road test as originally planned.”

However, Schafer was the first person in Meadow Lake to complete SGI’s modified road test. As of May 11, SGI resumed road tests for drivers working in health care and agriculture. SGI developed a modified procedure to offer road tests to drivers seeking a Class 5, 4, or 2 licence for these two sectors. Because physical distancing is not possible in a vehicle, the examiner follows behind the student in a trail vehicle. The student is accompanied by a supervising driver who lives in his or her household, while a dash camera is installed to record the driver and the view out the windshield. The SGI examiner marks the test based on what is recorded by the camera.

“My parents farm and I help out on the farm, so I was allowed to take the modified road test,” Schafer noted. “I didn’t pass on my first try, but I booked again for two weeks later and I passed the second time. It was definitely different. Even the lady who conducted the test didn’t really know what she was doing at first because it was so new – it was like one big experiment.”

In the meantime, while fellow would-be drivers await their eventual road tests, Schafer offers some words of advice.

“Just take this time to practice – get out there and gain that experience, but also be sure to book your road test as soon as possible,” she said. “Get yourself on the waiting list right away.”