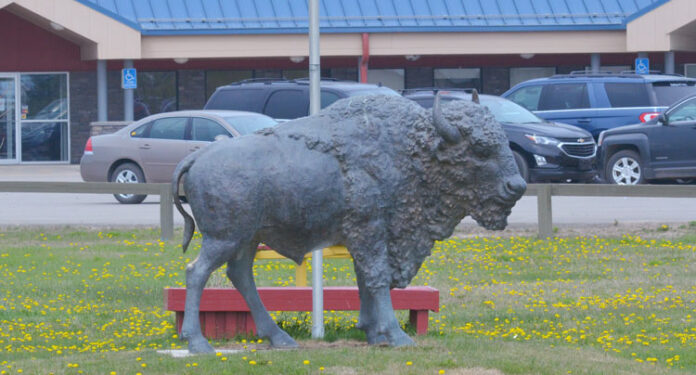 Darlene Petit is ready to file her nomination papers for a seat on Buffalo Narrows council for the third time in less than six months.

Petit was unsuccessful in her previous bid for a council seat during the Nov. 9 municipal election, but is letting her name stand again after a recent court decision to overturn that vote has prompted the need for another election this spring.

“I’m excited about what happened in court,” Petit told Northern Pride. “I’m looking forward to rerunning, and am hoping things work out better this time, and the community actually gets to choose who they want to be the official council members.”

Last Thursday (Jan. 7) in a Battleford courtroom, Justice Gary Meschishnick declared the Nov. 9 election invalid after quashing a bylaw imposed by the previous Buffalo Narrows council that prevented certain people from the community from filing nomination papers if they had a criminal record, were in tax arrears or were late in paying their utility bills. Although Petit was on the ballot in November, she said it was a struggle even for that to happen when it did.

“I did put my name in, but was deemed ineligible because of personal reasons the CAO had with me at the time,” she said. “I was disqualified from running, but I had it dealt with. My lawyer discussed with them (northern village), stating what they did was wrong. The next day they called me back and said I could put my nomination papers back in. I want to serve on council because I am community orientated, I love my community and feel there is so much opportunity for Buffalo Narrows, our children, our elders and everybody in the community.”

Petit, however, wasn’t the only person who had trouble in the lead-up to the November election. While some potential candidates were not given the opportunity to step forward, others were either disqualified or chose to withdraw their nominations ahead of time. In the end, Bobby Woods and Derek Petit contested the mayor’s chair while former acting mayor Melanie Aubichon, Rodney McCallum, Darrel Robson and Shaylee Gardiner were acclaimed to council positions when fellow candidates Gary Ericson, Bernice Seright and Tracy Tinker withdrew. A further call for nominations was then issued to fill the two remaining council positions, seats that were ultimately won by a returning Ericson and Tinker.

The matter was far from over, however, as the court process to have the election overturned was already underway thanks in part to the efforts of Sandy Ericson, a potential candidate who was denied the opportunity to file nomination papers.

Ericson went on to say the bylaw resulted in the exclusion of at least 14 potential candidates she is aware of. Ericson said she was disqualified from running because she was told she owed land taxes on property she claims is not in her name.

“At first I tried to be nice,” she said. “I didn’t want to go through a long court battle, so I contacted Northern Municipal Affairs which, in turn, informed the mayor, council and the CAO at the time their bylaw was unenforceable, but if no one took it to court within 120 days it would become legal even though it was illegal to begin with. I sent emails to the mayor, the CAO, the village and I didn’t get a response from anyone. I figured they were just biding their time until the 120 days were up, so I decided to take it to court.”

According to Bobby Woods, who reclaimed the job of mayor when he overcame Derek Petit Nov. 9, the court decision did not come as a surprise.

“What went down in court is basically what we were expecting because what the previous acting mayor and council did went beyond The Municipalities Act,” Woods said. “It was expected, and was really no surprise to me. They couldn’t do that, they were told, but they still went ahead and did it, and now there are, of course, consequences… The law is the law and you can’t just up and make a policy that goes against it. It’s everybody’s right to run, and it’s also their right to challenge it.”

Woods said he plans to let his name stand for mayor come the next election which has been scheduled for March 24.

“The present mayor and council will still be in place until that time,” he said. “The previous council members were mostly new to their roles and didn’t have much experience, which is one of the main reasons, I believe, this happened. I don’t think there is anyone who has as much experience as mayor than myself, so it’s imperative we have somebody in that role who knows what’s happening.”

Ericson, meanwhile, said she will also be seeking the position of mayor.

“Our community needs someone who will fight for them,” she said. “We’ve had a pretty rough four years. Our taxes have increased, we’ve lost all our recreation activities and, yes, part of it has been related to COVID-19, but even prior to the pandemic this was happening. We’re just a small community and we need to be a little more creative in how we run our community.”