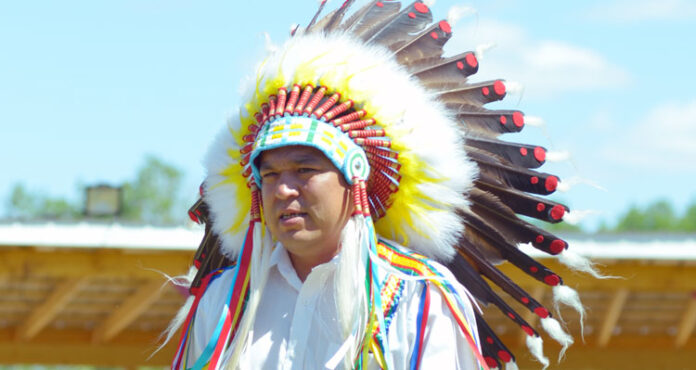 If they can’t have the water, they’ll take the road.

According to Canoe Lake Cree First Nation chief Francis X. Iron, his community plans to put a toll booth in place at the access road to Keeley Lake off Highway 903 in retaliation to provincially imposed quotas he said impact the livelihood of commercial fishermen in the North.

In a recent letter to the provincial Ministry of Environment, Iron expressed his concerns, as well as those of the local fisheries board.

“As you are aware, the fisherman (from Canoe Lake and neighbouring Cole Bay and Jans Bay) did not fish Keeley Lake this past year due to the fact we would only get one lift, which would not be viable to the people to make a living,” Iron wrote. “After meeting with the board, they have informed council this situation is the same every year – the Ministry of Environment either threatens to close Keeley Lake or Canoe Lake because of over-harvesting… The ministry does not take into account we are aware of the amount of anglers on the lakes and the fish they are catching, but yet we are the ones who get penalized for two days of fishing.”

In a subsequent interview, Iron told Northern Pride his community tried to work with the province in order to come to a satisfactory solution by closing Keeley Lake down for one year.

“We said we would stop commercial fishing, but they also need to stop the anglers,” he said. “They (province) didn’t want to work with us, so we came to the conclusion – if the anglers want to cross reserve land – we’ll put a toll booth up.”

Iron went on to say reserve land surrounds the lodge at Keeley Lake, and – once the toll booth is in place – anglers looking to gain access to the lake will need to pay.

“There was a bylaw put in place in 1969 for people entering reserve land with regard to fishing,” he said. “It was $5 back then, but we have amended it to $200 per vehicle.”

He also said, upon informing the ministry of his plans, he did receive a bit of a “kick back” from the Ministry of Highways and Infrastructure.

“They say it is a provincial highway and we can’t do anything about it, and I basically told them try and stop me,” Iron said. “They have said (if we put up a toll booth), they would contact authorities. I will be sitting at that toll booth waiting for those authorities.”

According to Warren Kaeding, provincial environment minister, the Ministry of Environment has been working with Canoe Lake Cree First Nation and the Canoe Lake Fisherman’s Co-operative to try to come to a mutual understanding for how to best protect the lake moving forward.

“Overfishing has been a challenge at Keeley Lake in recent years,” Kaeding said. “Our goal is to protect the lake from overfishing and ensure its long-term sustainability.”

Kaeding also said he would like Canoe Lake Cree First Nation to come back to the table to continue discussions.

“Deliberately blocking a provincial highway and charging a toll to pass is illegal, creates a potential risk to public safety, and does not contribute to our shared goal of protecting the lake from overfishing, for all users of the fishery and future generations,” Kaeding said.

In spite of Iron’s promises, however, the toll booth was not in place as of this week’s news deadline. This is according to Charlene Lariviere, manager of Keeley Lake Lodge, who said there has been no sign of a toll booth or anything else.

This was confirmed by S/Sgt. Ryan How, Meadow Lake RCMP detachment commander.

Meanwhile, Iron said he is not opposed to further negotiations with the province.

“We’re not trying to be hard,” he said. “We just want to be treated fairly like the anglers.”

According to Iron, there are about 30 commercial fishing outfits total in Canoe Lake, Jans Bay and Cole Bay.