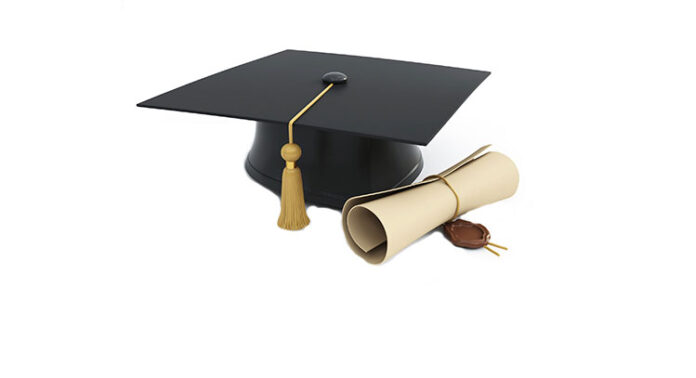 Everyone loves a parade.

This statement holds especially true for the Class of 2021 from Carpenter High School in Meadow Lake who, on June 29, will take part in a parade throughout the community as a way of celebrating one of the most important milestones in their young lives.

“The graduating class voted and it was decided a COVID-safe parade would be the best way to show off their dresses and their suits,” remarked parade committee chair Christi Andersen, whose daughter, Avery, is graduating later this month. “The parade will replace the evening program they used to hold each year.”

“There will be kids riding quads, a few on horses, maybe some driving antique vehicles and others on decorated floats,” Andersen continued. “The parade will also be live-streamed on Facebook, and we will have our own personal radio station (99.3) playing music the grad class has voted on.”

This year, there are 102 students graduating from CHS.

“I’m still in the process of getting everyone nailed down in terms of who exactly will be in the parade, but, so far, we have about 60 participants,” Andersen said. “The high school graduation ceremonies take place the same day (June 29) at 11 a.m. and 1 p.m., so the grads will have the afternoon to take photos with their families and whatnot, before meeting at the Stampede Grounds at 6 p.m. to get lined up with the parade starting at 7 p.m. Only graduates will be participating – there will be no escorts, family and friends.”

Andersen went on to say plans for a parade began back in March, although as a subcommittee of the evening grad ceremony committee which was still hopeful a traditional evening event would be possible.

“We waited as long as we could to see what the COVID rules would be and what we would be able to host in hopes we could still go ahead with the evening program,” Andersen said. “Unfortunately we can’t, so we thought a parade would be the best way for everyone in the community to be able to see the graduates. I’m so hopeful it goes off without a hitch, and seeing as we are live-streaming it, a lot more people will be able to see the graduates from far away.”

She also said it’s important for some sort of celebration to go forward considering all the hard work the graduates have put in, as well as the challenges they have had to overcome.

“COVID-19 has been so hard on this graduating class and on the previous graduating class at CHS,” she said. “We felt we need to celebrate by doing something. These kids have gone through a lot – 13 years of school, two years now of COVID-19. We needed to do something so we could celebrate these graduates and to give them positive memories that will last a lifetime.”