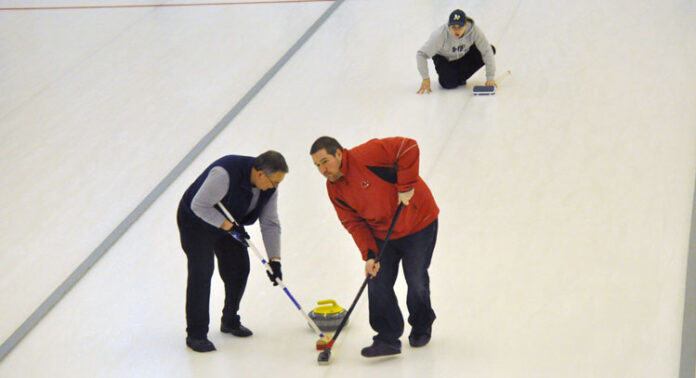 It appears there may be a curling season in Meadow Lake sooner rather than later.

During a special meeting of Meadow Lake city council held Tuesday (Oct. 19), a decision was made to approve a request from the curling club for an interest-free loan to purchase and retrofit an ice plant and shipping container. The loan was approved to a maximum of $298,000, while city administration has also been directed to draft an agreement and bylaw to authorize the loan along with its terms and conditions.
The motion to lend the money was made by councillor Conrad Read, seconded by councillor Richard Levesque and unanimously approved by all members of council.

“Recreation isn’t a money maker for the city by any means, but without recreation your community dies,” remarked mayor Merlin Seymour.

The club’s request came in the months following the June 6 fire which destroyed the Meadow Lake and District Arena, including the on-site ice plant which provided ice for the rink and the adjacent curling club.
“They (club) have operated the ice surface in their facility off the city’s ice plant at the arena for the last 10 years,” explained city manager Diana Burton in her official recommendation to council. “The arena and its ice plant were destroyed by fire June 6. Without this loan, the curling club would not be able to operate until such a time as the arena is rebuilt and if they can connect to the new ice plant at that time, or until a multi-use facility is built. The continued viability of the curling club in Meadow Lake would be in question if the loan is not approved.”

Burton went on to note the city has loaned money to the Meadow Lake Golf Club in the past and just last year to the Northwest Community Lodge Association. Last year, the city loaned the NCLA $250,000 to put toward their house project, money that has since been paid back. Meanwhile, the golf club has received a total of about $236,000 from the city over the years of which about $62,000 remains owing.

“For this reason (past loans to other organizations), administration recommends approving this request,” Burton added. “Administration also recommends the new ice plant and shipping container be considered collateral in any agreement so, if the terms of the loan are not adhered to, the city would gain ownership of the asset.”

The money for the loan will come from city reserves from the anticipated 2021 surplus. Currently, the city has about $9.5 million in reserves.

Meanwhile, close to a dozen curling club members were in attendance for Tuesday’s meeting including club manager Shannon Heddon who addressed council on behalf of the group. She explained how members are in favour of being part of a future multi-use facility if and when it becomes a reality, but in the meantime also favour purchasing an ice plant to ensure the club does not lose any momentum over the next several years.

“With no assurance of it (multi-use facility) proceeding, we need to take care of our membership until that time,” Heddon noted. “We are looking to purchase an ice plant to bring our club to operating and maintain it in order to not lose current and future membership interest.”

Several tenders were received by the club with the decision ultimately being made to go with a freon ice plant proposal from J&J Refrigeration that could be up and running in December of this year and would allow for the curling season to begin in January 2022. The total cost for the plant is $263,000, while an additional $15,000 would be required for a Sea-Can to house the unit. The club also requested an additional $20,000 to cover any hidden costs.

“We have applied for some grants we are still awaiting word on which could take a few months, and have fundraising goals being sought out at this time,” Heddon added.

Levesque, meanwhile, suggested the bylaw be drafted in such a way as to allow for the club’s first payment to be due May 1, 2023.

“This would give them a chance to run a full season before making the first payment,” he said.