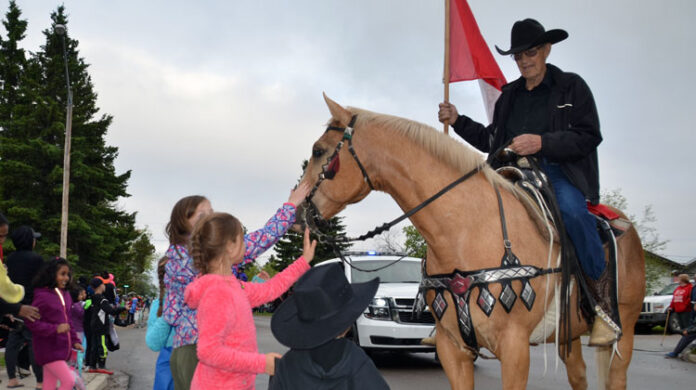 Organizers of the ever-popular Meadow Lake Stampede have decided to bring back Stampede Week for 2022.

“We have had a couple of meetings the past few months and our group is ready, willing and able to stage Stampede Week June 6-10 after not having it in 2020 or 2021 because of the pandemic,” stated Stampede Association president Leighton Wood.

Although there won’t be traditional rodeo events, Wood said the week will kick off as in the past with a western parade on the Monday evening (June 6), include the District 36 4-H Show and Sale the next day, then proceed with a two-day Professional Bull Riding (PBR) event Thursday and Friday. A western dance at the Civic Centre will also happen Friday night.

“We’re really excited to put on the parade for the community again, and we’ll have two nights of bull riding which always draws huge crowds,” he added. “Our major sponsor of the bull riding – Eagle Creek GM – is on board once again, and we’re very pleased about that. Last Sept. 2 we hosted a one-day bull riding outdoors at the Stampede Grounds and we’ll be having it there again this time.”

Wood believes more events will be brought forward in the lead-up to Stampede Week and will be looked at seriously to have them included.

“Once word gets out we’re having a big show again this year, I’m sure more ideas and events will come to the forefront,” he concluded.

he 2022 PBR Global Cup USA will feature teams representing Australia, Brazil, Canada, Mexico, and the United States. The one-day event will feature two rounds of competition, where three riders from each team will attempt one bull. Following that, each team will select one rider to attempt the nation’s final bull in the bonus round.