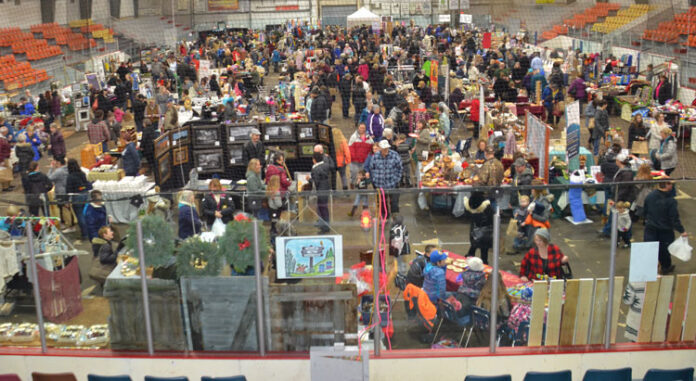 After more than three decades of giving back to the community, the final chapter appears to have been written for Beta Sigma Phi.

The non-academic international sorority established a Meadow Lake chapter in September 1991, but, according to founding member Laurel Pethick, the group recently made the decision to officially disband.

“There were a couple ladies who came in when Millar Western first started up,” Pethick told Northern Pride. “They were part of Beta Sigma Phi in different communities, and they helped start the group here. They loved the organization where they had lived before and decided to give it a go here, and it survived for that many years. Recently, however, there were only two of us (members) left, that’s why we’ve decided to shut things down. In the better days, we had upward of 25 members at any given time.”

The dwindling membership, Pethick added, is the result of several factors, the most significant being the COVID-19 pandemic which severely curtailed Beta Sigma Phi’s operations.

“COVID was the be all, end all,” she said. “We couldn’t hold our meetings any longer. Meanwhile, a few people moved away for various reasons and there just wasn’t enough of us to keep it going.”

Another blow to impact Bet Sigma Phi was the loss of the Meadow Lake and District Arena last summer. The arena, which burned to the ground June 6, was the venue for the annual Holly Berry Craft Sale, Beta Sigma Phi’s major fundraiser held each year prior to the Christmas season.

“Even if the group did survive, there’s no way the sale would be able to happen for a few years anyhow,” Pethick noted.

The sorority, which was made up of women of all ages and backgrounds, met bi-monthly, as well as for special workshops and conventions. Early on, the Meadow Lake members organized smaller fundraisers such as the annual Daffodil Drive for the Canadian Cancer Society and Koats for Kids, which gathered unused coats and other winter clothing for less fortunate families. The group took on the Holly Berry Craft Sale in 1997, inheriting it from the local arts council.

“Over the years, the craft sale grew and we had patrons from near and far,” Pethick said. “From the proceeds of the craft sale, we were able to fund such things in the community as an annual grad scholarship, the music festival, the Salvation Army Empty Stocking Fund, along with providing the elementary schools with mitts and sometimes toques for any students who needed them.”

Over the years, Beta Sigma Phil also donated to the library, Northland Pioneers Lodge, the Meadow Lake Hospital and more.

Among those disappointed to learn of Beta Sigma Phi’s dissolution is Meadow Lake mayor Merlin Seymour who noted how important such groups are to the community.

“This group of ladies did a lot of fundraising in order to give back to the community,” Seymour said. “We need to keep in mind service clubs are a very important part of our community. If new people could take a little extra time to help out these groups, it can go a long way in making our community an even greater place to live.”