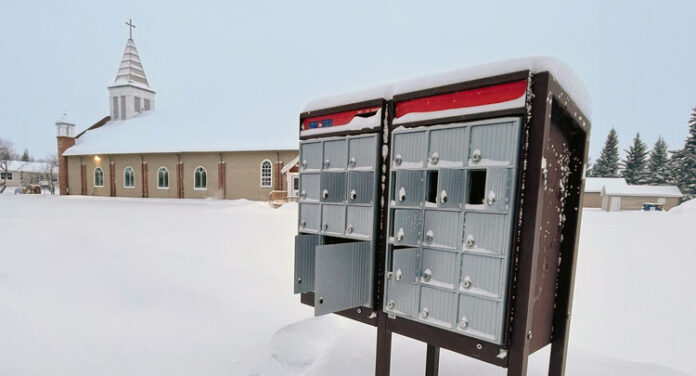 On Feb. 16, Loon Lake RCMP located and arrested Brenda Partridge in Loon Lake. Partridge, who is charged on connection with recent incidents of mail theft in Meadow Lake, has appeared in court and has been remanded into custody until her next appearance in Meadow Lake provincial court March 7.

As a result of further investigation into the mail located and seized at the residence, Meadow Lake RCMP have now charged Dallas Gunn, 19, of Meadow Lake with eight counts of possession of matter stolen from mail and one count of possession of property obtained by crime.

A warrant has been issued for his arrest and police are actively trying to locate and arrest him. Dallas Gunn is described as approximately 5’ 10” tall and of medium build. He has black hair and brown eyes. A photo of Dallas Gunn is not available at this time.

If you see Dallas Gunn, do not approach him. Call the Meadow Lake RCMP at 306-236-2570 or your local police service. Information can also be submitted anonymously through Crime Stoppers by calling 1-800-222-8477 or submitting a tip online at www.saskcrimestoppers.com.