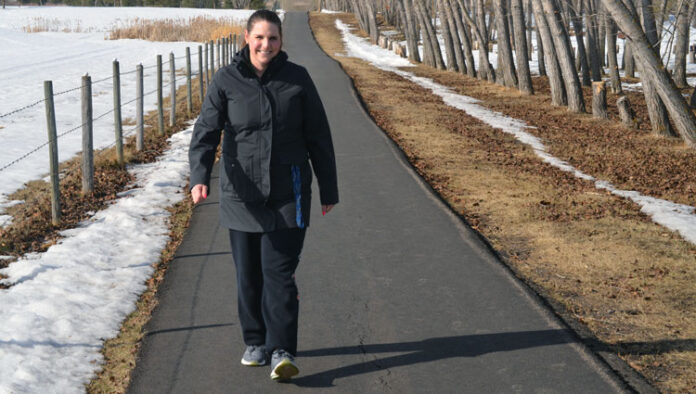 The connection between Meadow Lake and Flying Dust First Nation will soon grow even stronger.

During a special meeting held last Thursday (March 17), Meadow Lake city council passed a motion awarding the contract for its walking trail design/build project to G&C Asphalt, as recommended by an RFP evaluation team. The cost of this project is covered 100 per cent by the federal and provincial governments up to $2,300,000.

“The walking trail project is being undertaken through an Invest in Canada Infrastructure Program (ICIP) grant where the federal and provincial governments are covering 100 per cent of the project funding due to the project’s partnership with Flying Dust First Nation,” reiterated city clerk Ferne Hebig in her official recommendation to council. “The deadline to complete the project is Dec. 31, 2022.”

“Until the engineering portion of the project is complete, we can’t nail the exact route down to 100 per cent accuracy,” Hebig told Northern Pride in a recent interview. “Some minor adjustments may yet need to be made. The route it will take within the city is pretty set, it’s mostly the route once it gets across the highway that may need adjusting.”

Among those excited for the project is Meadow Lake resident Linda Harman, an avid user of the walking path in Lions Park and a former member of the local In Motion committee.

“People have used the (Lions Park) walking path so much these past couple years,” Harman said. “It’s really been kind of the recreational facility that has kept people going during a pretty tough time, and it crosses all demographics – elderly, young kids, families. As a city, I believe we should capitalize on the opportunity to expand the trail.”

However, Harman also said she wishes there would have been better communication between the city and the public in terms of allowing people to better understand what is planned and what the trail will look like.

“It would have been nice if something could have been on their website or in the newspaper,” Harman added. “Whenever there are zoning changes, that goes in the paper. Well, this is a pretty big project and it would be nice to know where it’s going so we can all buy in on it. I want to hear about it. This is a good news story, and I just want everone to know abut it.”

The walking trail starting from the RCMP detachment heading east on the north side of Highway 55 will also be 2.5-metre wide asphalt trail, and will continue up to the residential area of Flying Dust First Nation.

Construction is slated to be completed by mid-October.