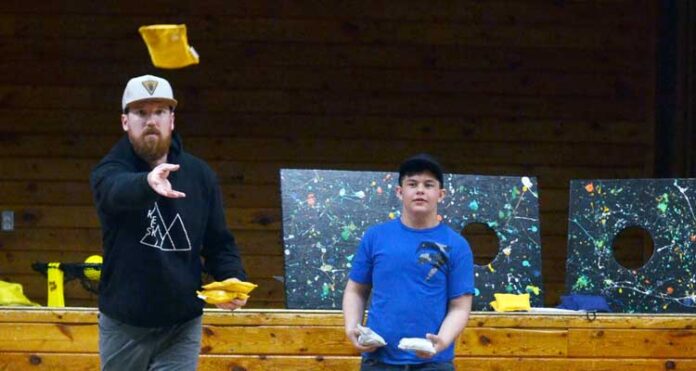 The Village of Dorintosh is ready to say so long to social distancing.

With COVID-19 restrictions lifted and spring’s arrival leading to an increased eagerness in people to get out and have fun, the Dorintosh Community Co-op has brought back its most popular fundraiser.

“Bingo returns to the Dorintosh Hall April 12,” stated Brad Osborne, the group’s vice-president. “The bingo will open back up with the same format we had before. We had some progressive prizes that were doing quite well before we had to shut down because of the pandemic, so they’ll pick up where they left off.”

Before the pandemic, bingos were held weekly in Dorintosh. Now, however, they will take place on the second and fourth Tuesday of each month.

“Before COVID hit we had six bingo teams that would work the weekly bingos, so you would work about one bingo every month-and-a-half,” Osborne explained. “But, our volunteer numbers were dwindling even before COVID to the point where we were getting close to not being able to maintain that anymore. Since COVID, we’ve had some people move away or others who have decided to do something else, so we’ve lost a few volunteers and can’t sustain weekly bingos anymore.”

“In a lot of towns, the community recreation facilities – your hall, curling rink and so on – are usually owned and operated by the municipality, but not here,” Osborne said. “The community co-op has been around since before the village became an organized entity, and this co-operative owns and maintains the hall, the curling rink, the ball diamonds and the skating rink for everyone in the area to use. The bingo is what generates funds for all these facilities.”

According to Osborne, the co-operative can trace its roots back more than 70 years.

“Some of the records I have seen date back to the 1950s,” he said. “There was a playgrounds association which morphed into this co-operative as the need to become more of an official entity came about.”

This was reiterated by area resident Tim McKay.

“The Dorintosh Community Co-op used to be the playgrounds association,” McKay said. “That was started back in about 1950 or perhaps even earlier because I remember my parents talking about it. Over time, it evolved into the community co-op.”

The group includes a six-member board. In addition to bingo nights, the co-operative also plans other events throughout the year.

“This past weekend we held our Cornhole Social, an event where participants could compete in a bean bag toss game while we also offered snacks and drinks,” Osborne said. “The cornhole tournament was an event we had to pull the plug on because of COVID. We had to shelf it, so we dusted it off and brought it back.”

In past years the group also held an annual Sausagefest, which Osborne said will likely be brought back as well.

“We just try to do different things in our community to get people out and mingling with their friends and neighbours,” he added.

McKay, meanwhile, was one of many Dorintosh and area residents on hand for the Cornhole Social.

“It’s really good to see them putting some events back on so people can get back out and talk face-to-face again, and so we can interact with people again,” McKay said. “It’s also good to see them taking initiative to try to get the community back together and doing things.”