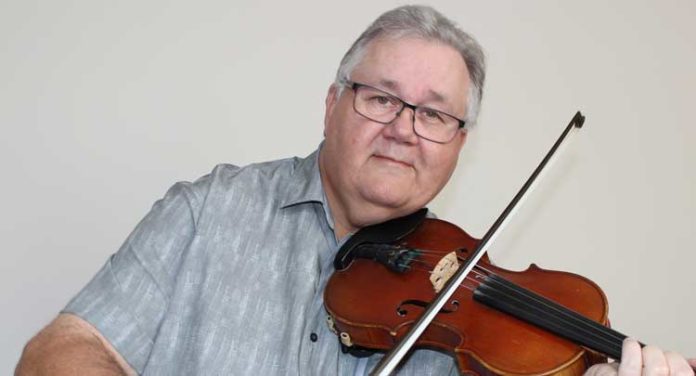 Vollrath is scheduled to perform next Thursday (Sept. 29) at the Carpenter High School auditorium. The show gets underway at 7:30 p.m.

“Calvin Vollrath is a North American fiddling legend,” noted Lucas Welsh, a Meadow Lake musician who is co-sponsoring the upcoming concert. “He’s been inducted into halls of fame across Canada, and he wrote a bunch of music for the 2010 Winter Olympics when they were held in Canada. He also has toured the world and is just a wonderful, old-time fiddle player.”

Vollrath played in Meadow Lake prior to the COVID-19 pandemic and is currently on tour across Canada.

“It feels great to be back,” Vollrath said. “We started our tour last week and played some dates in Ontario and Quebec, and we resume this week in Toronto, London and a few more shows out this way before we head west. The people are enjoying it so much.”

Vollrath last performed in Meadow Lake back in 2019.

Vollrath also commented on musician Jeremy Rusu who will also be performing.

“He’s a genius,” Vollrath said. “He will be playing the piano, accordion and guitar (at the concert), and he’s been blind since birth. God gave him the gift of music, and we’re very fortunate to have him.”

Also sponsoring the event is Meadow Lake Home Hardware. Tickets are available at the Meadow Lake Library or by contacting Walsh at 306-321-5606.