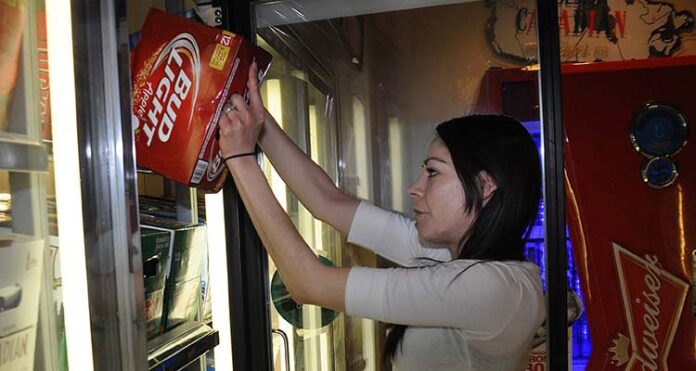 As a minor baseball coach, Dean Edwards is familiar with the notion of fair play. Now, he’s about to encounter a similar concept when it comes to his career as a local business owner.

“A level playing field will be both welcomed and appreciated,” Edwards said with regard to recently announced changes by the provincial government to the future of liquor retailing in Saskatchewan.

In particular, Edwards – who owns the Mill Town Sports Bar/Nor’Wester Motor Inn in Meadow Lake with his wife, Tammy – said his off-sale service will benefit greatly thanks to the changes.

“Right now, the government sells me the product, tells me when I can open, tells me what I can charge and then competes against me,” he said. “Now, I’ll be in a position to compete against them.”

Last year, the government launched a consultation process that included information about the existing liquor retail model and models from other provinces. The survey identified five different options for retailing of alcohol and invited Saskatchewan residents to provide comments.

“In the past, off-sale vendors could sell beer or hard liquor, but they had to buy their product from the government stores at full retail price,” McMorris reiterated. “This made it tough for them to benefit financially because their prices always had to be so high.”

Now, he said, it will cost vendors the same as any other liquor retailer.

“I’m looking forward to more information on how this will all go forward,” Edwards added.

Meanwhile, the government is also looking to privatize 40 existing liquor stores. And – while the province has traditionally derived its revenue from liquor sales through the markup applied to alcohol products received from suppliers and the Liquor Consumption Tax  applied on alcohol sold in Saskatchewan – under the new system a common wholesale price will replace any existing discounts and will allow all retail outlets to source product at the same price. Retailers will then add their own retail markup to determine the price they sell to their customers.

The new wholesale markup is designed to collect approximately the same amount of revenue from each product category as exists today.