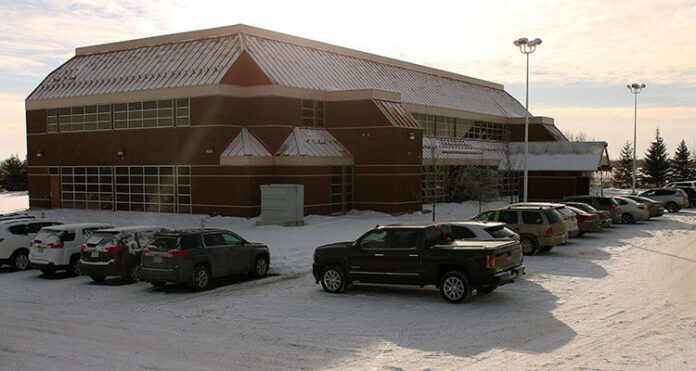 The will of the people was decided by a show of hands recently when Flying Dust First Nation members urged chief and council to extend voting rights to hundreds of others deemed ineligible.

The discussion took place Jan. 14 during a general meeting at the reserve’s community hall where close to 60 people attended. A proposed amendment to the band’s membership code proved to be a contentious issue, so Flying Dust chief Richard Gladue asked attendees if individuals with 6(2) Indian status should be allowed to vote in future elections.

Under the current system, voters must have a 6(1) Indian status, which is determined at birth. In order to be classified as a 6(1), the individual’s parents would need to both have treaty rights. With the current system, Flying Dust’s list of eligible voters has been dwindling over the years and now only 695 members out of 1,365 can cast a ballot.

“We need to solve the 6(2) voting issue and give them the right to vote,” Gladue remarked. “There are some who live here, there are some who have families here and we treat them like band members. But, in order to amend the code, we need to have a planned process and a person who is well-versed in elections and amending code, particularly a lawyer.”

Gladue went on to say, while the band council has signalled its support to amend the code – which was inherited from the Indian Act – a committee under the direction of legal advisors would propose such a process. He noted the process could include a referendum, but warned seeking an amendment was in its initial phase and a lot of work still needs to be done.

In a best case scenario, voting rights could be extended as early as this fall. The next FDFN election is set to take place in December. Gladue said, before that takes place, a 30-day notice will be given to the electorate along with information on how to proceed. Gladue added, because human rights are at the root of the amendment, everything must be done to the letter.

“Amending the code has been talked about for the last 20 years,” he said. “Some of us, when we’re running for office, have people asking if the 6(2)s can vote.”

Former Flying Dust chief Robert Merasty – now the second vice-chief of the Federation of Saskatchewan Indian Nations – commended the current chief and council for moving forward on the cause. He said, as a First Nation, it’s important to put their own legislation in place in order to exert autonomy.

“If we do put our own membership code and elections act in place, we’re looking at about 360 new voters and that has huge implications for our First Nation,” Merasty said. “A lot of people leave our community in search of a better life and there are band members in urban areas who want to feel part of the community and certainly want to have the right to vote.”