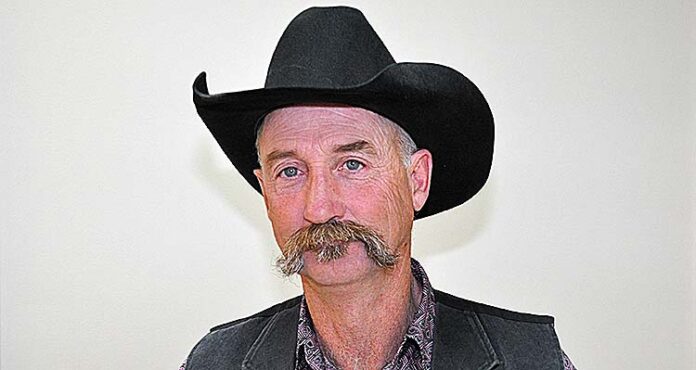 Stampede Week is here and, as a former competitor, organizer and current 4-H judge, Makwa area rancher Dale Adamson has experienced it all. Recently, Dale spoke with Northern Pride about the rodeo’s history, the importance of 4-H and his family’s ranching operation.

Q: The Meadow Lake Stampede sure is rich in history.
A: It sure is. It’s been around for 96 years and, while I don’t remember the first few, my parents were heavily involved in the rodeo since way back in the 1940s. My father, Art, and my Uncle Jim were also competitors at that time. When I was younger, I was a competitor too. I didn’t really get involved with the association itself until the late 1970s when I joined the executive committee. Eventually, I served as president for five years and, although I’m no longer involved because of other commitments, it was a good thing to be a part of.

Q: Why do you think the rodeo has lasted as long as it has?
A: It’s a traditional event here in Meadow Lake. There are a lot of new people living in the area who may not realize it, but the stampede and the rodeo have always been a big part of the Meadow Lake community. It was a really big deal at one time for quite a few people – it attracted people from all over while former Meadow Lake residents would even come back to town just for this event. At one time, Meadow Lake had the largest amateur rodeo in Canada – it ran for full six days for a few years, which is quite challenging. Now, it’s three days long, which I feel is just about right.

Q: During your time with the association, what were some of your various responsibilities?
A: When I first started, I was the arena director or chute boss as we call it in the rodeo world. It was my job to make sure things kept rolling during the show so there wasn’t too much of a time lapse between events. It’s always important to have someone to take care of that. Later, I took on the role of rodeo manager for a couple years, which entailed hiring all the livestock for the rodeo and looking after the local entry program. From there, they needed someone to be president, they asked me and I agreed. It’s a position that has its rewards and, like any leadership role, also has its downfalls. But, that’s just part of the job. You can’t satisfy everybody, but it was still an enjoyable time.

Q: What are the benefits of an indoor rodeo versus an outdoor one?
A: I haven’t been involved with the association since the rodeo was moved indoors. It is a different atmosphere, though, and I still have people tell me the outdoor show was always better. The truth is, when the weather was good, the show was good. When the weather was bad, you had issues. As far as how the two compare, they both have their merits. When it’s indoors, the audience is much closer to the action. That’s a big highlight because outdoor rodeos, no matter where they’re held, are not as intimate. Personally, I prefer outdoor rodeos, but I’ve competed at both kinds and they’re both good. People just don’t like change, but change is inevitable and not always a bad thing.

Q: The rodeo also experienced change when it moved from the same weekend as the chuckwagon races in Meadow Lake, correct?
A: That’s right. Chuckwagon racing has always been a very popular sport in Meadow Lake and, when the rodeo was an outdoor event, it was quite fitting for them to be held during the same weekend. I believe that changed around the same time it was decided to go with an indoor show.

Q: I see, but I also heard you came out of retirement for an old-timers’ event one year?
A: Yes, that was around 1982 or 1983. I was still a young man, but hadn’t competed in a while, so I was a little shaky. There were quite a few local guys involved as well and, even though it was fun to be back, I got hurt at that event. I tore my shoulder muscles, and it’s haunted me ever since.

Q: In four years’ time, the Stampede will celebrate its 100th anniversary. What’s your vision for this upcoming milestone?
A: It would be quite fitting to have some kind of celebration. There’s probably a lot of ideas floating around out there, but I haven’t thought about it too much. It is just around the corner, though, so off the top of my head I’d like to see some sort of commemoration involving the people who were there from the early days. There’s not a big per cent of people left from those days, but I’m sure a lot of folks would like to reminisce about these individuals. It’s quite an accomplishment for this event – even though it has experienced change – to carry on for 100 years. That’s something to be proud of.

Q: How are you involved in Stampede Week festivities this year?
A: I help out with the District 36 4-H show. I was a 4-H member growing up, and this year have been asked to judge the local Makwa 4-H Beef Club’s achievement day, which takes place later this afternoon (June 6).

Q: Tell me more about your ranching operation.
A: Our ranch is a family operation and has been that way for many years. My grandfather, John (who was also known by the name of Fred) bought the ranch in 1947. It’s located northwest of Makwa and was later passed on to my father and then on to me and my brother, Terry. We run it to this day, now with the help of my son, Scott. He’s the fourth generation. It’s strictly a livestock operation where we run between 500-600 mother cows.

Q: I assume you’re also in the midst of branding season.
A: Yes, we’ve had a chance to do a few smaller herds, but it’s sure to get busier as time goes on. A lot of ranchers are calving later, so we’re waiting for the herds to be done. There is work involved, but I always see branding as a social event as well. We have a group that’s been working together for a number of years, so the work has just become second nature to us. I enjoy fishing, and I find when I go to a branding it’s much like going fishing. It’s a very relaxing time where I get to visit with the guys while we do our thing.

Q: Tell me more about your family.
A: My wife, Shelly, and I have three kids. Dustin, who works at Brander Bros., is our oldest, followed by Scott and then our daughter, Meagan, who lives in Stony Plain, AB.

Q: Do you have any final words of wisdom you’d like to share?
A: My dad gave me a lot of good advice. One of the best things he told me is to treat people the way I want to be treated, which basically means to respect people and they’ll give me their respect in return. That was something he was always adamant about.