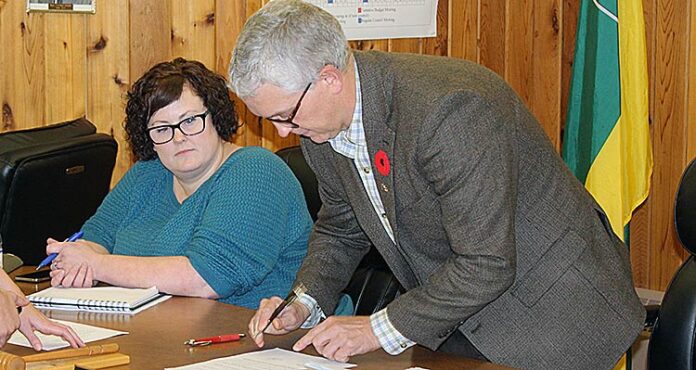 During its regular meeting April 24, city council adopted its 2017 tax rate bylaw, which includes a two per cent overall increase to municipal taxes.

In addition to this, the education mill rates include an overall increase of 16.8 per cent to the education portion of property taxes.

“I want to make it clear there were significant hours put into this discussion,” explained councillor Curtis Paylor. “This could come off as a knee-jerk decision tonight, but – with the amount of hours staff and council have put in – it’s not. It’s something we’ve been pining over for a while and it’s a tough decision for this table to make.”

Paylor went on to note, fully adopting the tax rate bylaw by giving it three readings at one meeting allows more time for ratepayers to fully understand the impact it will have and to appeal their 2017 property assessment by the May 16 deadline.

“Every four years, all properties in Saskatchewan are reassessed in what is known as a revaluation year,” noted city manager Diana Burton in a recent news release. “For the 2017 revaluation, all properties are assessed to their market values as of Jan. 1, 2015. In addition, in 2017 the province updated the percentage of value for residential properties from 70 per cent to 80 per cent. Commercial properties continue to be taxed at 100 per cent.”

In Meadow Lake, the overall taxable assessments increased by roughly 47 per cent from the previous year. The majority of the increase was caused by the reassessment changes, although Burton said some increase is due to new construction.

“Due to the increase in assessments, the uniform mill rate was decreased by roughly 40 per cent from the previous year,” she continued. “Overall, municipal taxes were increased by two per cent, although the specific amounts of the tax increases will vary from property to property.”

Meanwhile, council also adopted its 2017 long-term care levy, funds collected for which will be used to help cover the city’s portion of the future long-term care facility. The 2017 rate has once again been set at $125 per residence or unit.

City council has amended its taxation policy as follows:

• Phase in the same mill rate and mill rate adjustment factors for hotels/motels as other commercial properties.

• Move toward a more equitable system of taxation where one class of properties is not being subsidized by another by having the ratio of the residential levy and the residential taxable assessment at 95 per cent in 2017 and future years.

• Multi-unit mill rates will be set so the levy be equal to the ratio of the multi-unit assessment to the residential class as a whole.