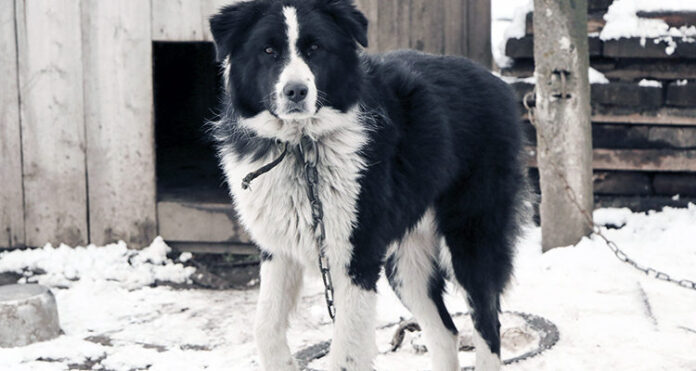 You can’t teach an old dog new tricks, but you might be able to convince local government to improve a piece of outdated and substandard legislation.

At least that’s the hope of Meadow Lake resident Stephanie Mamer who, during Monday’s (March 12) regular meeting of city council, made a case for why she believes the city should make a few updates and changes to its current dog bylaw in an effort to ensure animal welfare is taken into consideration.

“I work a government job, but – for privacy reasons – I would not like to say what my job title is,” Mamer stated at the outset of her presentation. “But, with my job, I do have access to everyone’s yard at least monthly or on a three-month basis, which means I see everything that goes on in town. This is how I came to the conclusion there needs to be something done with our dog bylaw here in town.”

“This should not be the case,” she said. “We have backyard breeders, dogs freezing to death, tied out in the sun with no water, dogs left out for months if not their entire lives until they’re nothing more than a basic lawn ornament. It goes on and on and it needs to stop.”

Mamer went on to say, while she has reported such incidents to community safety officer Joe Hallahan, there is little he can do because of the fact Meadow Lake’s current dog bylaw does not include much in the way of provisions to address these kinds of issues.

“The majority of our dog bylaw focuses on vicious dogs and on the safety of people,” Mamer continued. “But, there is almost nothing in the bylaw about the dogs themselves. These animals are just as much a part of our community as every one of us. They are in our parks, yards and homes across the city, they grow up with our children and, most importantly, youth watch how we treat them. If we cannot afford a basic standard of living for our pets, it branches into multiple negative outcomes. It’s apparent our federal government has dropped the ball on our animal abuse laws and enforcement. We have limited resources… so, the solution is more bylaws and enforcement by a bylaw officer with certified training in animal control.”

Mamer would ultimately like to see the city introduce animal welfare bylaws to accompany its growing population, update the off-leash areas bylaws for the dog park, provide training and certification for either Hallahan or bylaw enforcement officer Tracy Chukrey to become more involved with domestic pets and/or human relationship in the community, and establish a plan to enforce a list of codes of practices that describe acceptable care standards for animals.

“Our dog bylaw, as far as I am aware, has only been updated once in the last 13 years and is only six pages long,” she added. “In North Battleford, however, their dog bylaw is more than three times as long at 21 pages. Numbers alone speak a lot to me.”

“Perhaps we can direct administration to look into this further and come back with something,” he said.