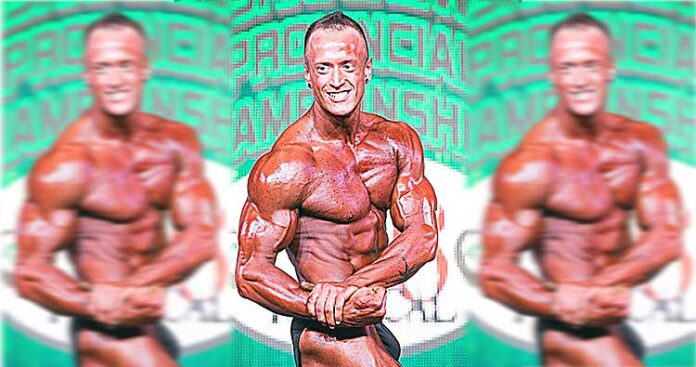 It may be considered a niche sport, but Meadow Lake’s Mitch McAmmond is certainly pumped about his bodybuilding future.

McAmmond, 23, recently took top honours in his 176-198-pound weight class, as well as first place overall at the International Federation of Bodybuilding and Fitness (IFBB) Saskatchewan Provincial Championships. The competition took place Saturday (May 5) in Saskatoon.

“It was awesome,” McAmmond remarked. “I was awarded with a ring and, because I was first overall at the provincial competition, I now have a lifetime bye to compete at national events. The national competition is in Montreal this year and is only eight weeks away, so I’ll probably sit this one out, keep up my training and hopefully compete nationally next year.”

McAmmond’s victory on the weekend was his second in as many weeks. He took to the stage for a novice competition – his first bodybuilding competition ever – two weeks prior in Regina where he also finished first in his weight class and in the overall pose down.

“I’ve been going to the gym regularly for seven or eight years and it was always a dream of mine to compete some day,” McAmmond explained. “It was around December when I decided this would be the year, so I started making a real effort to get in the proper shape at that time. At first I was only going to compete in the novice event and had no real plans to take part in the provincial competition. However, my girlfriend pushed me to do it considering how much training and hard work I had already put in. It was really great to win first place at both events.”

McAmmond went on to say there is no one else from the Meadow Lake area he is aware of who competes in bodybuilding, while provincially there still aren’t too many people compared to more mainstream sports.

“There are a lot of physique competitors, but not as many bodybuilders mainly because of the amount of stress it can put on the body and how demanding it is,” he noted. “At the novice event, there were about eight or nine competitors in total, while at the provincial level there were about seven or eight.”

In terms of his daily workout routine, McAmmond said it intensified greatly when it got closer to the respective competitions.

“That’s when you stop focusing on trying to build muscle and start focusing more on shaping the muscles,” he said. “The overall volume of training does increase significantly though especially the cardio workouts in order to burn fat. When training for the novice competition, I did two hours of cardio every day for two weeks on top of my hour-and-a-half workout. Healthy eating is also a big part of it – 90 per cent of getting into the right shape comes down to your diet, so my food bills were ridiculous.”

“Ronnie Coleman has probably been my biggest influence,” McAmmond said. “I actually got to meet him a couple years ago in Saskatoon, which was amazing. I really look up to these guys from the golden era.”

As a member of the Saskatchewan Amateur Bodybuilding Association (SABBA), McAmmond said he also plans to stick with the sport by taking part in other competitions leading up to nationals. What those will be, however, remain to be seen.

“I graduate from university with a degree in kinesiology June 7, so I may take a bit of a break before entering the workforce,” he stated. “I’d also like to maybe put on 15-20 pounds during the off-season. It was a great experience to compete, but for right now I’d like to get some more sleep and maybe enjoy a few treats.”