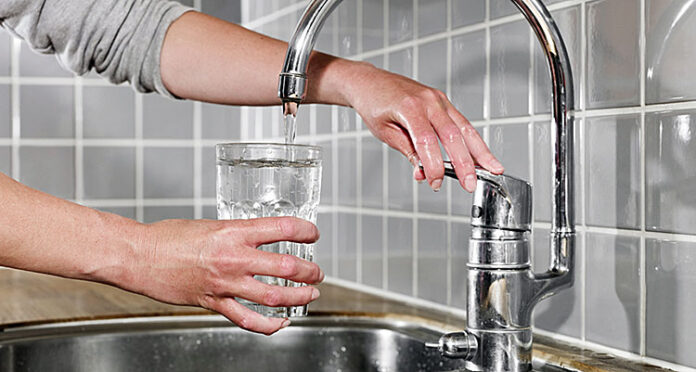 The cost of water could be on the rise for Meadow Lake residents.

During its regular meeting Monday evening (Sept. 10), city council directed administration to draft an amendment to the municipality’s water and sewer bylaw to include a $5.75 increase to the quarterly base rate, to increase the consumption on water by 15 cents per cubic metre and increase the consumption sewer by six cents per cubic metre. The increase was moved by deputy-mayor Merlin Seymour and seconded by councillor Curtis Paylor.

“I made this motion is so we can discuss it,” Seymour said. “I personally have a tough time throwing out more increases right now after about three months of a boil water advisory and people not being able to drink our water.”

“I echo the same sentiments as Merlin,” Paylor said. “If we need to have an increase, is there a smaller increase available? Our costs aren’t going down any time soon, but in light of the issue we had with the water it might be an act of good faith to maybe not increase it for the year. But, then again, we have our own cost increases as well.”

According to city clerk Jessica Walters, in 2015, council began a rate restructuring process on the city’s utility bills to move toward a system of cost recovery and to charge for full consumption (user pay). Council’s direction at the time was annual increases would continue to be made to the utility rates until the utility is completely self-funded rather than being subsidized through tax dollars. Since 2015, the rates have been revisited each fall in time for residents to be notified of any changes with the October third quarter billing.

“In 2015, the original proposal had the city reaching cost recovery by 2020 with annual increases to the base rate of $10 and increases to the consumption rate of 25 cents per cubic metre on water and 10 cents per cubic metre on sewer,” Walters noted. “For 2018, council requested the increase rates be slowed down to a five per cent increase on the base rate and nine per cent on consumption. Having a higher increase on consumption will impact higher users more than lower users and encourage water conservation, which was one of council’s goals.”

This adjustment, however, slowed down cost recovery by one year to 2021.

“With the adjustment for higher consumption (in 2017 when compared to 2016) in this year’s spreadsheet, the forecasted cost recovery year has moved back to 2020,” Walters added. “Water rates will always be something of a moving target, as an especially wet year can see a noticeable decrease in consumption and therefore in revenue, and events like this year’s extended PDWA can cause an increase in expenses not expected to flow through into future years’ budgets. Administration is continuing to work on making this forecasting tool as accurate as possible.”

Councillor Glen Winkler said it would leave a bad taste in his mouth to increase rates so soon after the precautionary drinking water advisory.

“To raise water rates this year, we’d face some legitimate criticism,” he said.

Councillor Tom Harrison wondered how much money the city would be looking at losing out on if the rates were to remain as is. Walters replied by stating it’s roughly $140,000.

“That’s three points on your taxes,” he said.

Meanwhile, councillor Kim Chiverton said the reality is council can talk about the issue all it wants but the taxpayers would still have to pick up the cost.

“If we don’t raise the water, we’re just going to raise taxes,” he noted.

“It’s not, but that’s what I hear,” he said. “When we get our quarterly bill, it’s not just our water. It’s also our sewer, our garbage, our recycling, all that stuff. I don’t agree we should give out rebates (for water following the advisory) because we spent just as much on chemicals trying to keep things under control. It wasn’t a notice, it was an advisory. I still drank the water and I didn’t die, at least not yet. I know we deferred this last year, and I don’t necessarily think it should go up the full amount but I don’t want to see it sit where it was last year.”

Vidal was also in agreement with this.

“As much as it’s not popular and as much as we’ve had this struggle – I totally hear the view of the people who are concerned – I’m of the opinion we have to keep moving toward this cost recovery thing,” he said. “That’s a long-term solution for our folks. We incurred higher costs because of the water advisory, but those are going to get picked up somewhere. I had some discussions with people who said we should give rebates on their water, but if we gave everybody $25 as a good faith discount, that works out to about one point on our taxes. If we raise taxes by one point to make up that $45,000, that one point is in your taxes forever. Taxes aren’t likely to go down one point afterward. We have to pay our expenditures from somewhere, so do we take it out of property taxes or do we take it out of fees for consumption of the water we provide?”