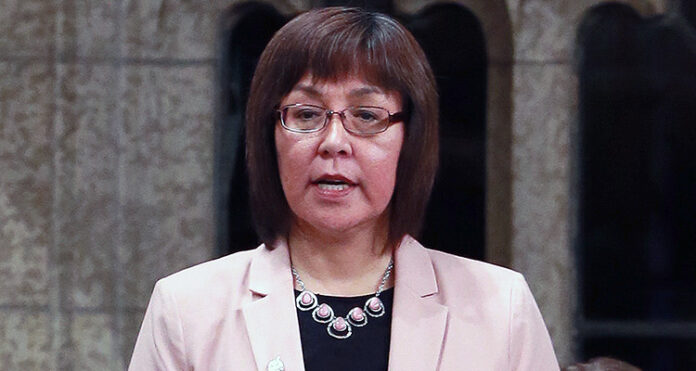 Desnethé-Missinippi-Churchill River NDP MP Georgina Jolibois is looking to continue what she’s started at Parliament Hill and within her riding following next year’s federal election.

“My goal is to run again in the fall of 2019,” Jolibois told Northern Pride. “The nomination process will most likely occur in January.”

Although she is the sitting MP for the riding, Jolibois will first have to earn the nomination by securing the confidence and the votes of NDP riding association members if any other potential nominees step forward. If successful, she will become the official candidate for the party in this area going forward. Jolibois was first elected to the House of Commons in 2015.

“I feel I represent northern Saskatchewan very well,” she said. “I have been a part of many successes, one of the more recent being the efforts put forth by myself and my colleague, Romeo Saganash, to allow for our native languages to be spoken in the House. I’ve also stood up on numerous occasions and advocated for northern initiatives and for northern communities seeking support from the government.”

“Right now, my private member’s bill is before the committee which is still hearing from witnesses advocating for making that day a statutory holiday,” Jolibois noted “I expect there will be an update in the New Year.”

Meanwhile, Jolibois said she believes she still has the support of constituents throughout the riding.

“When I visit a community, I am always receive excellent feedback and support from everyone I meet,” she said. “I will continue to stand up for northern Saskatchewan and for the best interests of all constituents.”