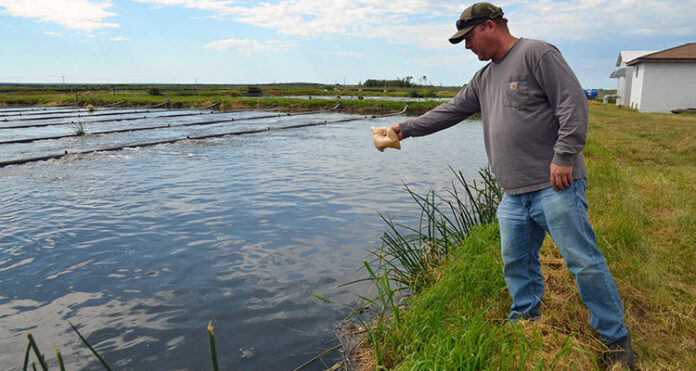 During Monday’s (Aug. 26) meeting of Meadow Lake city council, authorization was given for city administration and acting mayor Merlin Seymour to enter into a potable water supply agreement and asset purchase agreement between the city and SaskWater. The decision went ahead after efforts to first consult with neighbouring Flying Dust First Nation proved to be a washout.

“We took into account the best interests of our neighbours, but to date we have not heard anything from them,” Seymour said.

At its June 24 meeting, council was in favour of entering into an agreement with SaskWater subject to the resolution of any concerns raised by Flying Dust. The city’s current water supply agreement with Flying Dust has rates set to June 30, 2021. The proposal from SaskWater would see SaskWater selling water to the city and the city continuing to sell water to Flying Dust rather than SaskWater taking over this agreement.

“This means the city would see a loss on the sale of water to Flying Dust for the next two years and these considerations would need to be factored into the next agreement renewal,” noted acting city manager Jessica Walters. “There is some uncertainty about what would happen after that date, and Flying Dust’s water consumption currently makes up about 10 per cent of the total production from the water plant. There is nothing in the current water supply agreement, however, that restricts the city from entering into a sale agreement with SaskWater.”

Once the 30-year agreement is in place, SaskWater’s rates charged to the city would be fixed for the first seven years under a rate phase-in program. While the cost for water will likely increase slightly. Walters said water costs have already been steadily increasing due to regulation changes, water quality issues and rising chemical costs. But, with SaskWater in control of the plant, the benefits would be plenty including 24/7 remote access monitoring, experienced engineers, capital funding for future plant upgrades and more.

These and a variety of other reasons are why administration recommended council proceed with entering into the agreement. By doing so it allows for the ability to transfer the high liability being carried by the city with regard to staffing, while the fact the city’s water plant is in a good place right now lends itself to more favourable agreement terms than may be available in the future. Also, the ability to invest the purchase funds ($7 million) in ways to help mitigate the impact to water rates of future required infrastructure upgrades is also considered a plus.

“This will have significant organizational impacts to the city with the waterworks department being transferred out of the city and over to SaskWater,” Walters continued. “The ownership and responsibility of the distribution system, sewer system and reservoirs would remain with the city. The agreement would include both an immediate influx of $7 million for capital and other future investments, as well as a longer term increase in costs to the operation of the water plant.”

The motion to enter into the sale agreement with SaskWater was made by deputy-mayor Conrad Read.

“We’ve been working on this a long time and I believe all my questions have been answered,” Read said.

SaskWater has similar agreements in place with more than 60 communities throughout the province including Pierceland.

Jim Krushelnitzky, mayor of Pierceland, believes Meadow Lake city council has made a sound decision, stating the agreement his community has had with SaskWater since 2001 has worked wonderfully for his community.

“We’re quite happy with it,” Krushelnitzky said.

The sale is to become official before the end of this calendar year.