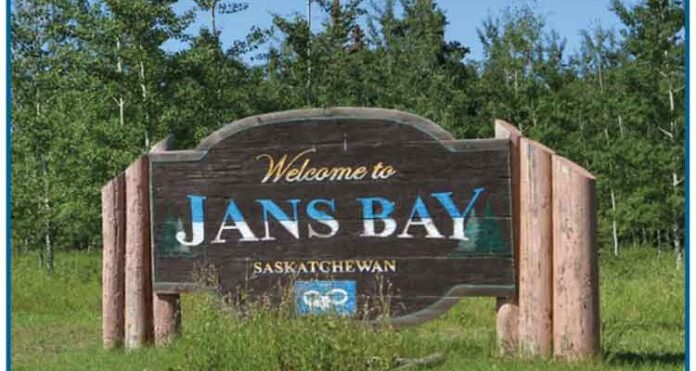 The Northern Hamlet of Jans Bay is a Métis community established in 1965, located on the shores of Canoe Lake and 30 minutes from Beauval, SK. It’s home to a settlement of about 200 people, but although it might be small, the community is working towards building up business and industry through economic development.

Wasaw Development Corporation, which was created in 2001, is one such organization that carries out contracts in the area.

“Wasaw is the economic arm of the Northern Hamlet of Jans Bay and it is owned 100 percent by Jans Bay, so it’s community owned,” said Sylvia Iron, the economic development officer for Wasaw.

A development corporation is an organization that provides programs, services and opportunities that promote and support community development. Jans Bay has a contract to provide construction, improvement, grading and reclamation for roads in the area, so some of the work Wasaw does includes building roads for logging and doing brush cutting on highways.

To help with their contracts, Wasaw has worked with the Clarence Campeau Development Fund, which which was established in 1997 by the Government of Saskatchewan and the Métis Nation of Saskatchewan, to assist economic development activities of Métis people in the province.

Wasaw has accessed the CCDF’s Business Plan, Businesses Development Program and Community Business Development Program in 2014, 2016 and 2018. The funding from the CCDF went towards a training centre, and the purchase of equipment needed to carry out their contracts, including a company truck.

“[The CCDF] knows what is required to put forward a plan. Let’s say we’re going after some funding, and [they say] ‘You need this information and that information,’” Iron said. “So they’re really helpful that way and they don’t treat us any different than anybody else just because we’re a small community.”

Holly Opikokew, who also works for Wasaw, noted that working with the CCDF created new employment opportunities for people in the community.

“We have two full time and three part time [staff] that are on call when we need them. So it’s employed community members,” Opikokew said.

A key priority for the CCDF is to increase the employment rate among Saskatchewan’s Métis population, and since its beginning (1997), the CCDF has created or maintained over 11,400 jobs in the province.
Iron said that the work Wasaw is doing has also led to other community members being interested in new opportunities.

“We’re at a point where people want to actually talk to us about business ideas and what not. With Wasaw Development, we want to continue to maintain the relationship with [the CCDF], because you know, even though we’re a small community, we do have big dreams and our first choice is always trying to maintain employment for the community members.”