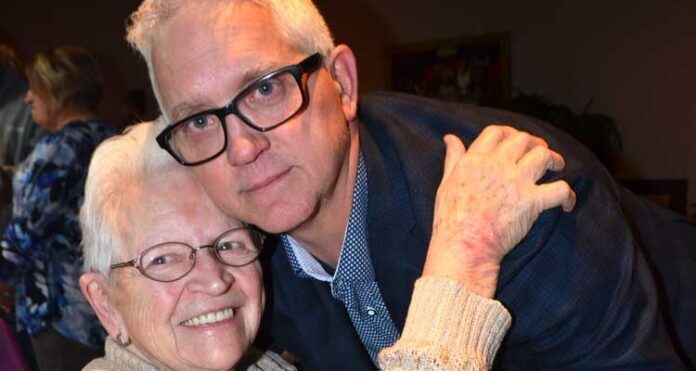 Monday (Oct. 21) was a bittersweet night for Conservatives in Desnethé-Missinippi-Churchill River.

While, as of press time, it was reported Justin Trudeau’s Liberals will form a minority government after winning 156 seats to the Conservatives’ 122 , this news was overshadowed locally by the landslide victory achieved by Conservative candidate Gary Vidal in Canada’s 43rd general election. The former Meadow Lake mayor earned himself a seat in the House of Commons by overcoming his fellow candidates to become the riding’s new member of Parliament. With 145 of 173 polls reporting, Vidal was declared the winner having gained 9,664 votes to NDP incumbent Georgina Jolibois’ 5,795, Liberal Tammy Cook-Searson’s 5,136, Green Party candidate Sarah Kraynick’s 405 and People’s Party of Canada candidate Jerome Perrault’s 176.

“It’s been quite an evening – a bit of a roller coaster,” Vidal told a large crowd of supporters gathered at The Bear’s Den restaurant to celebrate his win. “The numbers early on were a little scary, but we came through toward the end.”

Vidal went on to say he is humbled by the response he got at the polls.

“I’m a little bit overwhelmed,” he continued. “I’m incredibly grateful for the support from all you folks this past year. We started the nomination process 383 days ago and ended with this victory tonight. I’m so thankful for all the support from so many people.”

Prior to arriving at his victory party, Vidal said he had a chance to speak with both the Jolibois camp, as well as to Cook-Searson, at which time he congratulated them on their efforts during the campaign.

“They conceded and congratulated us on a well run campaign,” he said. “I want to recognize Tammy, Georgina, Sarah and Jerome. Anybody who is willing to put his or her name out there to run for public office deserves our thanks and they deserve our respect because it’s a huge risk.”

In addition to recognizing the various members of his campaign team, Vidal also acknowledged numerous others including people throughout the riding who Vidal said took the lead in so many different areas.

“A lot of them can’t be here tonight because they’re so far away… there were people from across the riding who did incredible things and there is no way we could get this done without all that help,” he noted. “There were so many people who knocked on doors, phoned people, the amount of work done at our office today alone was incredible. There were so many jobs that so many people did, I can’t even begin to thank you all. If you had a role tonight or in the last year, all I can say is thank you right now.”

Vidal then took time to praise the hard work of the local Conservative riding association.

“It’s tough to keep everything going when you don’t have a sitting member, whether it’s provincially or federally,” he said. “We have a local group of people in this riding who kept things going, so – when I came along last year – there was an organization in place. Merv (Johnson) and his team deserve thanks for all the hard work they’ve done the last four years.”

Other special mentions put forth by Vidal included Meadow Lake MLA Jeremy Harrison and his wife, Alaina, Vidal’s former business partner Dave Pliska, as well as the staff at the former Pliska Vidal and Company.

“Dave and the staff who worked with us for 30 years at our office – there’s no way to thank them,” Vidal said. “Making the decision to leave them when I started this process was one of the hardest things I ever did. Dave was not only a business partner, he was a friend and a mentor and that’s been huge.”

Vidal also recognized his family for always standing proudly by his side, and the voters who put their trust in him.

“Mom, dad, everyone – they’ve all been tremendous,” he stated. “And, obviously, my immediate family – Lori and the kids – who dared to venture with me on this journey… (my daughter) Nicole and (her husband) Washington were able to come here this week from Vancouver with our first grandchild. There were lots of highs and lows during this campaign, lots of cool things, but nothing like becoming a grandpa. Finally, to everybody who cast a vote. Obviously this doesn’t happen without everybody voting and our people came out and voted in throngs tonight. I’m so thankful to each and every one of you for doing that. I’m not going to get political tonight, but I am truly honoured to be selected the member of Parliament for this riding. I’m looking forward to figuring out what being a member of Parliament looks like. I’ve always been someone who is open to listening and learning, and taking things in to try to make the right choices and that’s what I am going to do as the representative for Desnethé-Missinippi-Churchill River. I’m committed to trying to learn something about our riding every day and to make it a better place, and I am truly committed to representing everybody in this vast riding as difficult as that is.”

In closing, Vidal said, even though he is disappointed with the results on the national stage, it’s important to respect democracy.

“That’s what we live for, it’s what many people have fought for and we will respect it no matter what,” he said. “Four years ago there was not even a discussion about whether there might be a Conservative government in 2019. It wasn’t even on the roadmap. Tonight we put up a valiant fight, we made a ton of progress and we will continue to do that and see where this journey takes us.”

For the full story, see this week’s edition (Oct. 24) of Northern Pride.