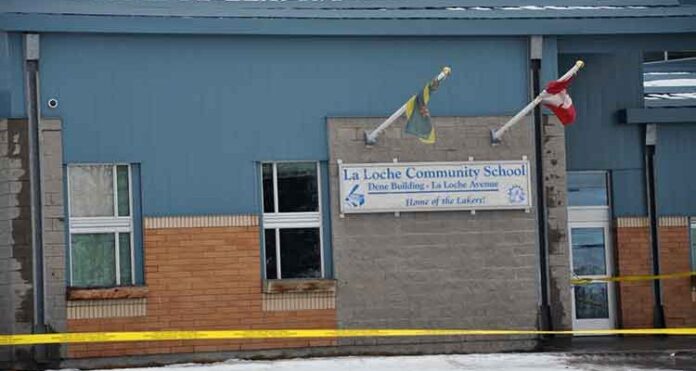 The adult sentence handed down to the La Loche school shooter has been upheld by the Saskatchewan Court of Appeal.

The shooter – who last May was sentenced as an adult and given life in prison with no chance for parole for 10 years after pleading guilty to two counts of first-degree murder, two counts of second-degree murder and seven counts of attempted murder – was just shy of 18 years of age when he shot and killed brothers Dayne and Drayden Fontaine at a residence in La Loche in January 2016. From there, the killer made his way to the nearby high school where he opened fire, killing teacher Adam Wood and teacher’s aide Marie Janvier, and injuring seven others.

Defence lawyer Aaron Fox argued his client should have been sentenced as a youth, stating the judge should have recommended an Intensive Rehabilitative Custody and Supervision (IRCS) sentence. The measure is designed as a therapeutic approach for violent offenders with mental health issues. During sentencing proceedings, however, the provincial head of the program said the shooter was too old and an IRCS sentence wouldn’t be appropriate.

Today (Oct. 31), the Saskatchewan Court of Appeal released its decision. A two-to-one decision by the judges has resulted in the appeal being dismissed and the adult sentence has been upheld. The shooter – who cannot be identified because of a publication ban in place until the appeal period expires – can still appeal his sentence to the Supreme Court of Canada.