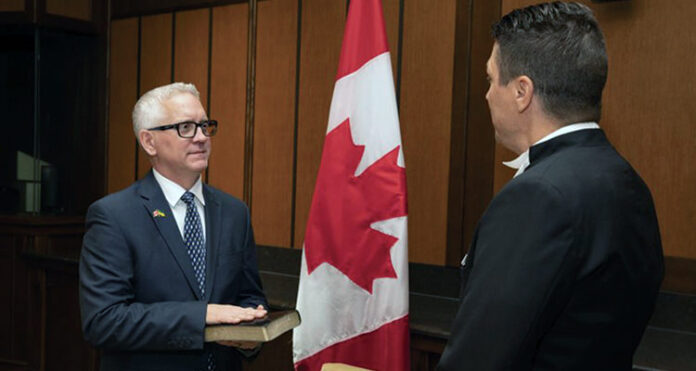 “First and foremost, I would like to thank Mr. Scheer for this tremendous honour,” Vidal noted. “I look forward to being part of a strong Conservative team, as we work hard to hold the Trudeau Liberal government to account.”

The appointment was announced by Andrew Scheer Nov. 29 in a press release.

“The Shadow Cabinet I have announced today reflects the growing strength of our team and our commitment to work for Canadians from coast to coast,” Scheer remarked. “Our Conservative team is united, experienced and focused on finishing the job we started and replacing the Trudeau Liberals.”

Vidal was elected to Parliament for the first time Oct. 21. Desnethé-Missinippi-Churchill River is a riding that covers over 340,000 square kilometers in northern Saskatchewan.  As a constituency that includes a 70 per cent Indigenous population, Vidal welcomes the opportunity this new role ­­­provides.

“I am excited to continue the work we have done building relationships with First Nations communities,” he stated. “I am grateful for the opportunity and I look forward to engaging with Indigenous peoples across Canada.”

The Official Opposition Shadow Cabinet is composed of members of the main opposition party and is responsible for holding the government to account and for developing and disseminating the party’s policy positions. Members of the official opposition are generally referred to as opposition critics, but the term shadow minister (which is generally used in other Westminster systems) is also used.