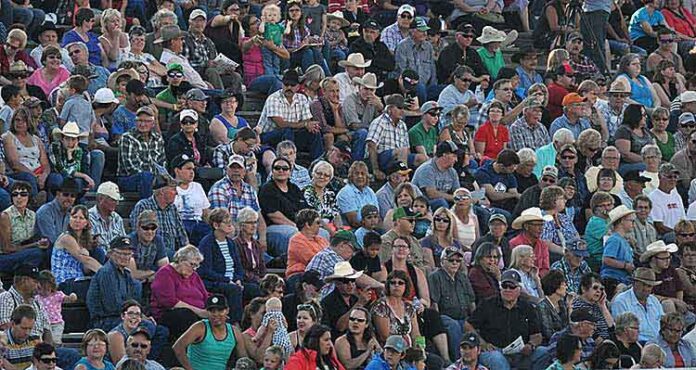 That was the one request Dustin Gorst made to city council on behalf of the Meadow Lake grandstand committee after meeting with local legislators during council’s regular meeting Dec. 9. The committee was looking to receive an update as to what the city’s plans are for the local Stampede Grounds.

“Where are we at?” Gorst asked. “Merlin (mayor Merlin Seymour) seems to be our contact throughout the process, we talked in May but, when we didn’t hear anything after a while, we wanted to come in and see just how far along we are in the conversation.”

As it turns out, later that evening, city council approved as part of its 2020 budget $25,000 toward a study to help determine what shape a proposed Meadow Lake community centre located at the Stampede Grounds could take. A timeline for the project, which was presented to council by the city’s recreation director during budget discussions, was also given to the grandstand committee for its perusal.

“The City of Meadow Lake is looking to undertake initial steps in developing and constructing a new central community centre to be potentially located within the Stampede Grounds lot,” the document reads. “To date, discussions have been held about possibly replacing the old grandstand with a building that could incorporate a grandstand use while also providing other year-round community services.”

The document goes on to state several of the city’s buildings, including the civic centre, city hall and library, are ageing and will need to be replaced or have significant improvements made to better serve area residents.

“There may also be an opportunity to gain efficiencies in developing other recreation and/or community service facilities within the same structure,” the document continues. “The preliminary work will involve meetings with various user groups and stakeholders to see if there is interest and support for the project. If so, this will determine what the community’s priorities are, both for initial construction and those which can be phased in over future years. From there, we would look to engage a consultant to provide concept drawings.”

The proposed timeline would see the formation of a small consulting group to conduct further research and to engage with the public and stakeholders from January to April of next year. From May to August, preliminary conceptual drawings would be rendered and funding sources such as grants, borrowing, partnering and so on would be explored. From September to December, findings would be presented to council while next steps would be determined in January 2021.

“That’s our timeline in terms of how we’ll proceed with it if indeed we even do proceed with it,” deputy-mayor Conrad Read said. “But, at this point, we don’t know if the public even wants a community centre.

“It will come up in our budget later tonight, but we have proposed to set aside some money for a study,” Seymour explained. “That will entail talking with different user groups. The plan you see here (proposed timeline) is not going to happen overnight. We’ve talked about that before. The only thing so far that is written in stone is it won’t be a standalone grandstand.”

Gorst wondered, if the project as council foresees it does not go ahead, does the grandstand go down with it.

“We haven’t decided that,” Seymour said.

Gorst also said there has been zero talk about anything other than the multi-use facility.

“There’s nothing past that,” he said.

He also said the grandstand committee only received a copy of the proposed timeline last week and asked if the city could keep the group better informed as new information becomes available.