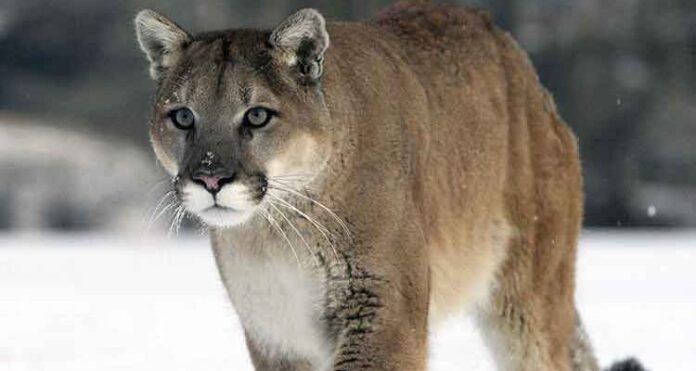 Although it has confirmed the presence of cougars after one such animal was recently caught by a local trapper, the provincial Ministry of Environment believes the animals pose no immediate danger to residents of Saskatchewan’s northwest.

“The ministry did receive a call Dec. 21 stating a cougar had been trapped south of the Makwa community pasture,” noted Daryl Minter, a conservation officer with the MOE. “It was caught by a licensed trapper. I believe it was trapped Dec. 20 and reported the following day, which is fine. For the past four or five years, cougars have been classified as a trapping species, meaning trappers are allowed to keep or sell cougar pelts as they see fit. The only requirement we have for anyone who traps a cougar is they report it to a conservation officer so we can maintain proper harvest records and obtain any biological samples we may require.”

Northern Pride contacted the individual who trapped the cougar, but he wished to remain anonymous. According to another long-time area trapper Cordell Cross, however, the trapper contacted him almost immediately to share the news.

“He wasn’t even expecting to catch a cougar,” Cross said. “He had set the snare in the hopes of trapping a wolf – it was a wolf snare.”

Cross went on to say the trapper had bought the trapline from fellow trapper Lenard Greenhough and had been placing a number of snares along the trap line that day.

“He had one left and drove around until he saw what he felt would be a good spot to set it, but never expected he would ever trap a cougar,” he reiterated.

Cross has no idea what the trapper plans to do with the cougar, stating it’s not a common fur to sell while having the animal stuffed and mounted could prove to be expensive. He also said animals commonly trapped in this part of the province include wolves, coyotes, beaver and other smaller animals.

“A big problem right now is prices are not good, so a lot of people are not going after as much fur this year,” Cross said. “If you do too much running around, you just end up burning your profits.”

Minter went on to state the cougar trapped near Makwa was a fully grown male weighing 186 pounds. He said the exact age of the animal, however, could not be confirmed at this time.

Also, while the ministry has never outright denied the presence of cougars in the Meadow Lake area, officials have been apprehensive to confirm cougar sightings and other related evidence. In the winter of 2012, for example, a horse belonging to local resident Andrea Dubray was discovered dead near her rural property, the body shredded and mangled by what she believed to be a cougar. At the time, ministry officials disagreed, stating it was important not to alarm the public. Now, however, Minter described cougars as a natural part of the Saskatchewan landscape.

“Cougars are among the most secretive and evasive animals in all of Saskatchewan,” he said. “I have never heard of any calls regarding a cougar attack, but every once in a while there will be a sighting. They are out there and have been out there for a while, and now that more and more are being trapped – we also received a report back in November of a cougar being trapped closer to Cold Lake – we’re starting to realize there could be more out there than we thought.”

This is something that concerns Blair Mysko, a councillor with the RM of Meadow Lake.

“I think it could be a little dangerous if cougars are out there and they start coming around residential areas,” Mysko said. “Regardless, I can’t really speak on behalf of council at this point because we have yet to discuss the issue of cougars at one of our meetings.”

Mysko said the topic could arise at council’s next meeting.

Minter, meanwhile, offered some advice on what to do on what he called the rare chance a person does encounter a cougar.

“Your chances of actually seeing a cougar are slim, but people should be aware of their presence and remember some important safety tips,” he said. “If you see a cougar, make it known you are not potential prey. Stand tall, shout loudly and slowly back away, but never turn your back on the cougar. Throw something to distract it if possible, don’t take your eyes off the cougar and never play dead. Considering licensed trappers are now allowed to trap cougars, there will probably end up being fewer of them than there are now, but, as it is, it’s not common to come across one in the wild.”