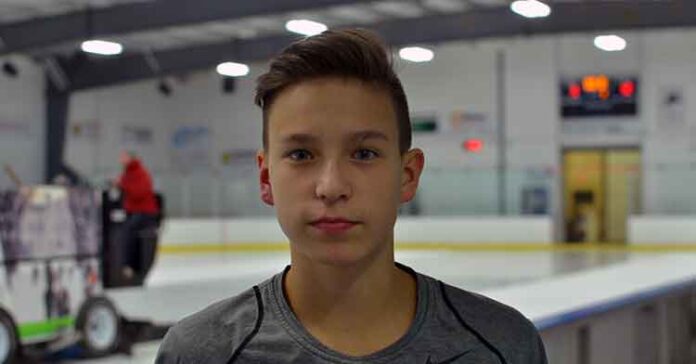 Recently, Jerome Norman of Flying Dust First Nation was selected to compete in the SaskFirst Bantam Top 80 tournament this February. He is one of only 48 forwards chosen to be a part of the event and the only player from the Northwest to qualify for the tournament this year.

“The whole thing has been great so far,” Norman said. “I decided to take part because I love hockey and I just wanted to have as much fun as I could. I’m very happy to have made it to the next round.”

“Players born in 2005 showcased their skills in a team setting with Saskatchewan Hockey Association (SHA) evaluators and scouts from a variety of leagues in attendance,” noted a recent SHA press release.”

The Top 80 tournament takes place Feb. 14-16 following which the top 25-30 players will be invited to attend a special summer hockey camp.

“It feels great and I look forward to going as far as I can,” Norman reiterated.

Currently he is one of six Meadow Lakers on this year’s Bantam ‘AA’ Barons hockey club in North Battleford.

“My goal is to one day play Junior ‘A’ hockey in the Western Hockey League (WHL),” Norman said. “After that, I just want to keep going and see how far I can go from there.”