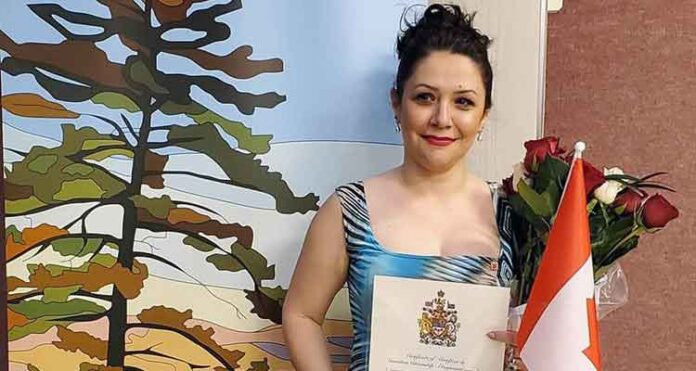 “I had a really tough night last night – I couldn’t sleep because I was afraid a war was going to start.”

That’s what Meadow Lake resident and local hairdresser Fatima Jalili had to say about the major news this week regarding the ongoing crisis in her home country of Iran.

Iran’s top general, Qasem Soleimani, was killed in a targeted Jan. 3 airstrike ordered by U.S. President Donald Trump in Iraq. Trump cited imminent and sinister attacks as his reason for ordering the drone strike. Soleimani’s death, meanwhile, brought about massive demonstrations against the U.S. and a warning Iran would retaliate.

Retaliation came Jan. 7 in the form of missile attacks against two bases in Iraq that housed U.S. troops. No one was killed in those attacks, but yesterday (Jan. 8) Trump – who previously said Soleimani’s killing was an act to stop a war from happening rather than start one – promised further economic sanctions on Iran and a “continued evaluation of other options” following the missile attack. He did not announce military retaliation.

“I’ve since called home and my family and friends are all OK,” Jalili, who received Canadian citizenship last year, stated. “But, I do believe Trump was wrong to kill this man. He (Soleimani) was so important to my country and to its people. He was responsible for protecting our borders – he was an important guy. They (Trump supporters) are saying he was a bad guy, but, for us, he was a good guy because he was protecting our country.”

Soleimani was an Iranian major general in the Islamic Revolutionary Guard Corps (IRGC) and, from 1998 until his death, served as commander of its Quds Force, a division primarily responsible for extraterritorial military and clandestine operations.

In spite of his popularity, Jalili said she also understands there are always two sides to every story and admitted the blame for rising tensions between the U.S. and Iran should not be placed on one country alone.

“I have always believed there are two sides to everything and both countries are at fault for what has been happening,” she said. “It’s been a nervous time for me – I want to keep up to date with what is happening, I hope there is no war and everyone can live in peace.”

Jalili also commented on the recent plane crash in Iran that killed a number of Canadians, some of whom were of Iranian descent. She did not know any of the victims, but did add Meadow Lake has a growing Iranian community that now includes a doctor and a dentist among others.