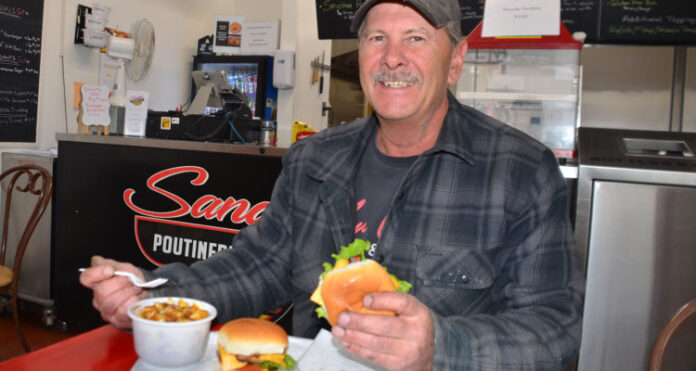 In this battle, everyone wins.

The first-ever Kinsmen Burger Battle, a unique fundraiser for this year’s Telemiracle, is currently underway in Meadow Lake and, according to those involved, it’s on course to being a resounding success.

“We actually borrowed the idea from another club where it’s proven to be a hit,” explained Kinsmen member Geoff Barton. “What we have done is gone to a few restaurants in town and asked if they would sell a burger and side combo of their choice from Feb. 16-29 with $2 from each sale going to the Kinsmen for Telemiracle. This way the restaurants can fight it out in a friendly competition to see which one can sell the most Kin combos and all the money raised goes to Telemiracle.”

Participating restaurants include Eatery On Main, Sandi’s Poutinerie, The Bear’s Den and Nor’Wester. Because the Burger Battle is ongoing, however, exactly how much money has been raised is yet to be determined.

“Right now we’re just promoting it as much as we can, so hopefully as many people as possible will check it out for a good cause,” Barton continued. “I believe it will be successful because it’s accessible to anyone, it doesn’t have to be a one-time thing, it fits with everyone’s schedule and it’s not overly expensive. When we have multiple places working on the same project, it’s a lot of fun. It’s also a chance to showcase some local businesses and I know these restaurants are really pumped to be a part of this.”

One person who is indeed “pumped” for the fundraiser is Sandi Morin of Sandi’s Poutinerie.

“Telemiracle is a very good cause,” Morin said. “I have supported the Kinsmen Foundation for many years – it’s something that’s very near and dear to my heart. Before she passed away, my mother received much in the way of financial support from the Kinsmen to assist her with travel and hotel costs when she had to go to Saskatoon for treatments. It’s just our way of encouraging more people to support Telemiracle.”