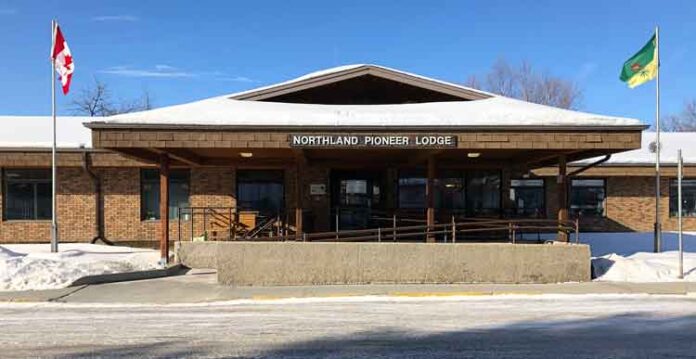 The story of Meadow Lake’s existing long-term care facility doesn’t necessarily have to end with its demolition.

In a recent letter to Meadow Lake city council (received during council’s regular meeting Feb. 24), Derek Miller – executive director of infrastructure management with the Saskatchewan Health Authority (SHA) – said, although there could still be a need to tear down the existing Northland Pioneers Lodge once the new building is up and running, putting the existing facility up for sale instead isn’t beyond the realm of possibility.

“Presently, SHA and the Ministry of Health are working with RM of Meadow Lake and city representatives to determine whether there are in-kind contribution opportunities to offset any potential local share costs should demolition be necessary,” Miller noted. “These discussions are ongoing. During the course of discussions about the future of the existing facility, the RM and city have proposed publicly posting the facility for sale. This may allow for redevelopment or repurposing the building for other services within the community. The SHA agrees sale of the facility as-is would be preferred as the first option ahead of any potential demolition.”

“I realize areas of the current facility would require extensive renovations, but the opportunity to make office space, meeting rooms and so on would be much better than tearing it down,” Seymour said.
Seymour went on to state, if demolition is the only option, the city and the RM have been told they would be responsible for 20 per cent of the cost.

“This would also impact the landfill,” he said. “In communication with the SHA, demolition will be the last resort.”

Miller’s letter, meanwhile, went on to state both the RM and city have formally requested exemption from contributing to the local share of the costs of any potential demolition. He also made it clear demolition would indeed be the last resort and pursued only when all other disposal options have been exhausted.

“The Saskatchewan Health Authority is required to seek the minister of health’s authorization for the sale of any real property valued at greater than $100,000,” he said. “As part of upcoming project activities, the SHA will seek minister approval for a disposal strategy for the existing facility. We value the ongoing partnership with the city and RM to support the delivery of this important replacement project. We look forward to working with the community over the coming months to bring the project to fruition.”

When contacted, local developer Chris MacFarlane of Meadow Lake Properties/PK Properties also shared his opinion on the matter, remarking it would be nice to see the existing lodge sold to a private developer, but he also said it would cost a lot of money to repurpose the building.

“Some sort of community outreach would have to be done to see what exactly is needed,” MacFarlane said. “I don’t think apartments would be the way to go with a building like this. The lodge itself is very institutional in its design, so it would probably work best if it were repurposed as a halfway house, a group home or some sort of seniors’ centre… It would be a shame to tear it down as there’s definitely a world to explore there.”