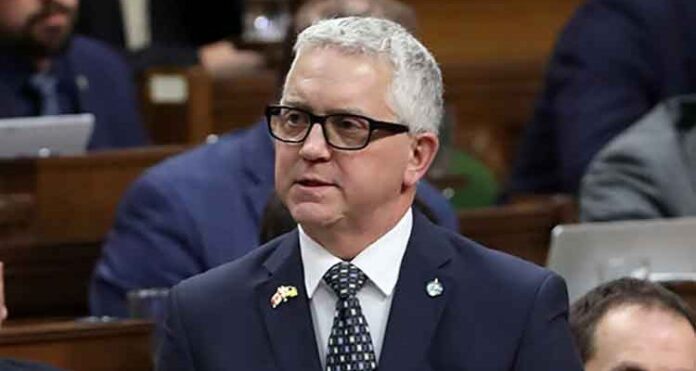 Northern Saskatchewan’s representative in the House of Commons wants to make sure his riding gets a fair deal when it comes to a new free trade agreement amongst Canada and its neighbours to the south.

In what was his first official speech in the House since being elected MP for Desnethé-Missinippi-Churchill River, Conservative Gary Vidal expressed his concerns about the new Canada-U.S.-Mexico trade agreement (CUSMA) Jan. 30 by stating the agreement must be properly scrutinized before Parliament signs off on it.

“We cannot just blindly support a free trade deal for the sake of supporting a free trade deal,” Vidal said. “We need to take time to make sure it is a good deal for Canadian businesses. We must do our due diligence and examine all aspects of this deal. After all, this is a deal with Canada’s largest and most important trading partner.”

CUSMA, which was signed by U.S. President Donald Trump Jan. 29, modernizes the 26-year-old North American Free Trade Agreement (NAFTA), which has been blamed for hollowing out the U.S. manufacturing sector. Passed by the U.S. Senate Jan. 16, the trade deal still needs to be approved by Parliament before it takes effect. Mexico has already ratified the pact.

The new agreement makes mostly modest changes and will leave more than $1.2 trillion in North American trade flows largely unchanged. While the deal has been forecast to create 176,000 U.S. jobs over 15 years, it is not expected to bring factory jobs lost to Mexico back to the United States in the coming years.

“It seems to me Canadians have every reason to be a little bit leery of this new NAFTA,” Vidal continued. “We only need to look at how this (Liberal) government has mishandled very important trade issues for the farmers in my riding. Throughout the campaign, I heard from canola and pulse crop producers who over the past couple of years have had to deal with the failure of this government on the international scene.”

Vidal went on to note softwood lumber appears to be absent from the new agreement.

“This is a significant issue for our forestry sector,” he said. “My riding in Saskatchewan has a very significant forest industry. There’s a lumber mill, an oriented strand board mill and a pulp mill all within a few miles of my small community. I am sure you can appreciate the number of direct and indirect jobs, and the economic spinoff this creates in a number of small communities in that area.”

During Question Period back in December, Vidal highlighted NorSask Forest Products and the more than 400 direct jobs it creates for the Meadow Lake area. He revisited the subject of NorSask during last week’s speech.

“NorSask also has the highest proportion of Indigenous forest employment in Canada,” he said. “NorSask is a 100 per cent First Nations-owned company whose profits are directed to the nine bands that make up the Meadow Lake Tribal Council. The profits from NorSask Forest Products are funds that are used for core programs like housing, education and health care. This would also include suicide prevention programs, which is unfortunately a significant challenge in these same ownership communities. As I pointed out in December, since 2017 NorSask has paid more than $10 million in softwood lumber tariffs. That’s $10 million of lost dividends that could have been paid to the ownership First Nations. Can you imagine the amount of services that could have been provided to the people of these nine small communities with $10 million?”