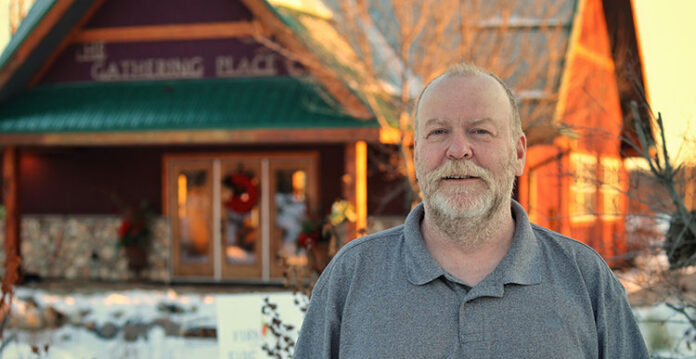 FireSong, a unique yet somewhat obscure resort located west of Loon Lake along the shores of Fowler Lake, is receiving some province-wide recognition.

Recently, Robbie Holden, who works in guest services and asset security at FireSong, was named as a finalist for Tourism Saskatchewan’s Tourism Employee of the Year Award.

“It’s quite an honour to be nominated for this award,” Holden told Northern Pride. “A lot of people work in the tourism industry throughout all of Saskatchewan, so to be considered amongst all of these people is really nice.”

Holden has been with FireSong for four years and enjoys his work.

“I meet and greet folks as they arrive, I show them to their cabins and provide security for the resort year-round,” he noted. “I truly enjoy meeting first-timers when they arrive and welcoming back past guests. I love the area and I love the people.”

According to Lori Runzer, who co-owns FireSong with her husband, Dean, Holden was nominated for the award because of his dedication to the company, to the guests and because of his selflessness.

“He is kind and selfless, waiting up on guests who are late or lost, venturing out in stormy weather to meet them at the main road, digging them out of the ditch if needed,” she stated. “He goes above and beyond the role afforded him as a guardian of the land and a protector of the project. Our guests feel cared for and safe and, as owners, we feel represented and protected. He is passionate about showcasing the ‘Land of the Living Skies’ and shares stories and friendship with guests as they visit. It is a blessing to have someone so loyal and dedicated work for us. He is such an ambassador. It is like he has found his perfect calling at FireSong.”