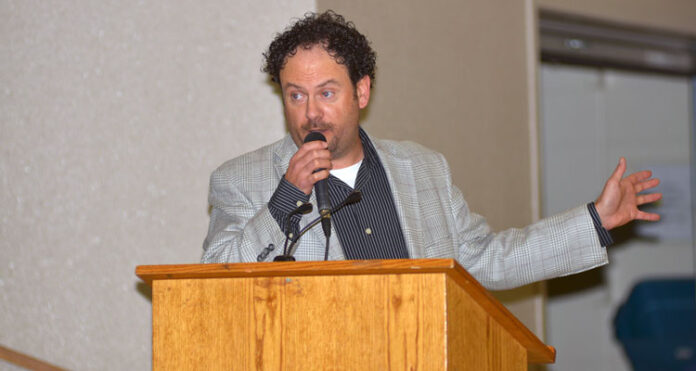 Construction of Meadow Lake’s new long-term care facility is expected to begin sooner rather than later, but will there be enough money to purchase furniture and equipment for the facility once completed?

According to Geoff Barton, former chair of the Northwest Community Lodge Association, there should be, as efforts by his group to raise the necessary $2.7 million for furniture, fixtures and equipment are expected to pick up steam as soon as the province awards the tender for the project and formally announces a construction timeline.

“We have just over $600,000 in collected donations and receivables,” Barton said. “It’s hard to say exactly how much of that we actually have in the bank, however, and how much is outstanding as the association has two different accounts and some money has been held in trust by the Saskatchewan Health Authority.”

Barton went on to say a financial breakdown is complicated and without interpretation can be confusing for the general public.

“Add to that, any financial reporting from the SHA which holds funds in trust is at least three months behind as they only report to us quarterly,” he said. “Our $600,000 is about as close of a real-time total that we can confidently report.”

Barton did say this is an updated and accurate number. A recent financial review and audit confirmed this after it was discovered some of the association’s more sizeable donations had previously been counted more than once and reported incorrectly.

“The SHA has three separate accounts earmarked for the long-term care facility and, at one time, we thought all three were for furniture, fixtures and equipment, but it turns out only one is and the rest is set aside for the building itself,” Barton explained. “The audit and financial review clears all that up and allows the public to know no money has gone missing.”

Barton said an ongoing investigation related to missing lodge-related funds (as reported in the Dec. 5, 2019 edition of Northern Pride) is an entirely different matter unrelated to the fundraising effort by the Northwest Community Lodge Association.

“That is a human resources thing the SHA is dealing with and, as with any company or business, they don’t discuss HR matters,” he said. “Our funds, however, are all intact and accounted for, and our recent audit confirmed that.”

Still, Barton added, with a more concrete timeline in place, the association will have no choice but to buckle down and do what it can to reach its financial goal. This is the same optimism he shared with the more than 20 people who attended the group’s annual general meeting Feb. 24 at the local museum.

“The association has a number of significant events on the horizon that are in various stages of planning,” he noted in his chairperson’s report presented during the AGM. “We have a spring fundraiser May 30 featuring a comedian, as well as an upcoming brand launch.

The Northwest Community Lodge Association is a community-based, non-profit charity run by a volunteer board of directors. During the AGM, changes were also made to the group’s executive. Both Barton and Wanda Kozloski stepped down from their respective roles as chair and secretary. Those positions are currently vacant, while Kaelyn Marsollier has replaced Crystal Murray as treasurer and Serena Stevenot, Noreen Tourond and Cara Greyeyes have joined Gerri Moeller, Janaya Dubray, Alannah Farr and Jessica Lukan on the board.