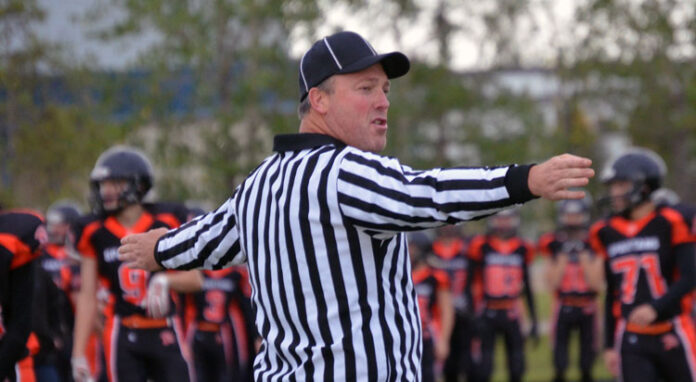 “It’s important to remember this isn’t a one-person show.”

That’s what Carpenter High School teacher Rob Kozinski had to say in response to the recent news he will be receiving a Saskatchewan High Schools Athletic Association (SHSAA) Service Award this year. These awards are typically given to long-standing people who have dedicated their time and energy to the SHSAA and high school athletics in general.

“When I was told about it, I was taken aback and also felt somewhat humbled,” Kozinski said. “I never expected to receive something like this because, as I have always told the teams I have coached, no matter how well they do in a game or at a tournament, I’m not a winner, my players are the winners. I could never be who I am without good kids playing for me – boys and girls.”

Kozinski, who currently serves as the officials commissioner for the North West High Schools Athletic Association (NWHSAA) and who also referees a number of school sports, has been teaching and coaching for 21 years, 13 of which have been in Meadow Lake.

“Every place I have been has taught me something different and, during my career, I have coached a variety of sports including volleyball, basketball, badminton, track and field, cross-country and soccer,” he said. “I’ve cut back a little in recent years because I also serve as a referee for a number of sports.”

Kozinski was nominated for the award by NWHSAA president and CHS vice-principal Kendra Paramchuk, as well as NWHSAA vice-president Ryan Sklapsky.

“Rob Kozinski has spent the last 13 years with the North West High Schools Athletic Association,” Paramchuk reiterated. “Most of his career has been at Jonas Samson (Middle School) and he recently moved over to Carpenter High School. He took on the role of officials commissioner this year… many of the colleagues Rob has worked with would know him for being someone who shows emotion, someone who shows passion and someone who shows hard work.”

Kozinski, meanwhile, went on to further state how surprised and how honoured he is to be recognized.

“Thank you to all the players, my fellow coaches and to those who nominated me,” he said.

He also said he is looking forward to next fall and, hopefully, the start of high school sports once again.

“The kids I have talked to are eager to start playing sports again, and I know for sure my badminton kids were really bummed out because they only had about a 10-day season when everything was called off (because of COVID-19),” he stated. “I also feel terrible for the CHS boys basketball team which was about to go to provincials when all this hit. I’m not sure what will happen next year, but I do know it won’t be normal in terms of guidelines and restrictions. Hopefully we can still do something.”

Although the province released guidelines schools will need to follow when classes resume this fall, plans for extracurricular activities will be developed in consultation with the chief medical health officer once future group/gathering limits are known.