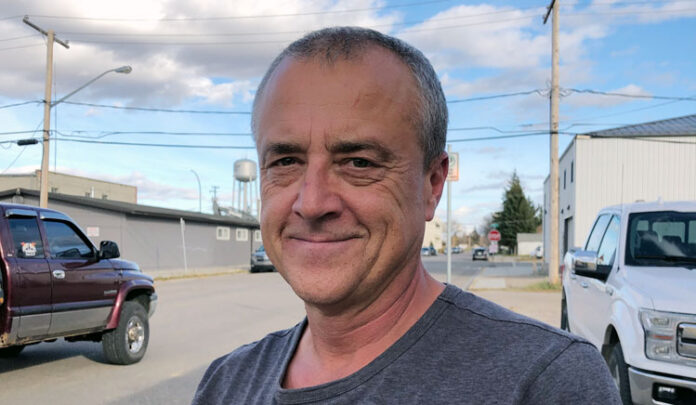 Get ready to see more of Merlin Seymour.

With the nomination period closed as of 4 p.m. today (Oct. 7) and no other contenders having come forward, Seymour has been acclaimed to the position of mayor of Meadow Lake for another four-year term.

“I am passionate about giving back to the city,” Seymour said. “I want to continue to give back in my capacity as mayor, and look forward to working with the new council, whoever that may be.”

Seymour was first elected to city council in 2013 and, after serving six years as councillor, took on the role of acting mayor when Gary Vidal stepped down to focus on his career in federal politics in April 2019. Seymour was officially elected mayor in a Sept. 25, 2019 by-election, overcoming fellow candidate Richard Levesque who was elected to a spot on council later that year.

“I’m also looking forward to seeing many of the ongoing projects the previous and current councils started through to the end,” Seymour added. “This includes major infrastructure upgrades, as well as the development of the new long-term care facility. I have been part of the steering committee for the new long-term care facility since day one, and it’s exciting to see how far it has come.”

Meanwhile, 11 candidates – including four incumbents – have filed nomination papers in an effort to secure one of six available council seats. The incumbents include: Ron Dishko, petroleum division manager at the Meadow Lake Co-op; Tom Harrison, a retired employee with the provincial Ministry of Environment; Richard Levesque, former long-time Meadow Lake town administrator and Conrad Read, an district operations manager with the provincial Ministry of Highways and Infrastructure.

“I am excited to see so many people put their names forward for council this year,” stated returning officer Jessica Walters. “It can only be a good thing for our community to have a variety of residents interested in serving in this capacity. I am hopeful this leads to high voter participation this year and ongoing civic engagement, as local government extends to more than just Election Day.”

Candidates have until 4 p.m. Thursday (Oct. 8) to withdraw from the race if they so choose.

Election Day in Meadow Lake is scheduled for Monday, Nov. 9.