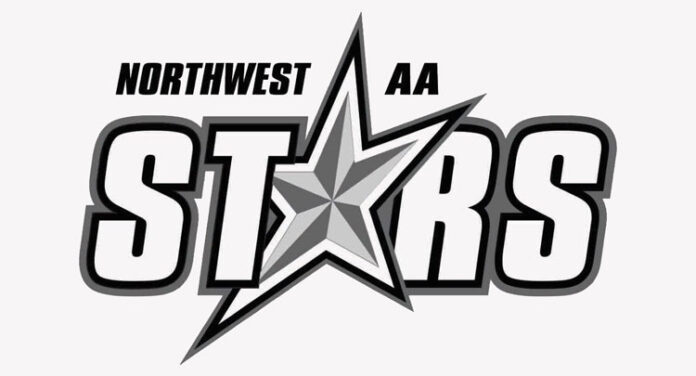 Six Meadow Lake athletes are looking to shine as members of the U15 ‘AA’ North West Stars.

Ryder Ellis, Dawson Gerwing, Stajyn Laird, Hunter Schwartz, Camron Soulsby and Dylan Twidale are part of the Stars roster this season, and – even though COVID-19 raised a number of questions in terms of what the 2020-21 hockey season would look like – the action is finally starting to heat up on the ice.

“So far this season we’ve been able to get in a few good practices and had a couple of exhibition games against the West Central Wheat Kings – we won the first game 5-2 and tied the second one 3-3,” explained Stars head coach Boyd Wakelin. “We’re looking forward to the start of the regular season, which gets underway this weekend with a game against the Saskatoon Outlaws.”

That game is scheduled to take place this Saturday in Saskatoon, followed by a return game against the Outlaws Sunday (Nov. 8) at the Meadow Lake and District Arena. The puck drops at 3 p.m.

“We’re scheduled to have five home games and five away games, which should take us to Dec. 11, following which we will be off for two weeks,” Wakelin continued. “At that time, the Saskatchewan Hockey Association (SHA) and the league will re-evaluate the (COVID) situation and see if we’re still able to play hockey come the New Year.”

As for the six Meadow Lake boys lacing up for the Stars this season, Wakelin noted this is indicative of how much the team – which for a long time had primarily been considered a Battleford team – has grown to include other parts of the region.

“In the last few years, I believe, there has definitely been an effort to make other parts of the region feel as though they too are part of the team,” he said. “We’ve had players from Meadow Lake, Edam, Biggar, Spiritwood. This year, we have six players from Meadow Lake and that’s why we’ve decided to play some of our ‘home’ games in that community. These kids have had to travel quite a bit, they’ve made a commitment to our team and they work hard, so it’s only right they have a chance to showcase their talent in front of a hometown crowd.”

While Gerwing, Laird, Ellis and Twidale were on the Stars roster last season, Schwartz and Soulsby are newcomers.

“We’re really happy with all six of these guys,” Wakelin added. “They show up to practice, they work hard and they’re upstanding citizens both on and off the ice. I’m excited to help them build on their skills and to see where they can go from here. I’m also excited for us to play in Meadow Lake. In spite of the COVID-19 guidelines that must be followed, I’m told we can expect a good crowd and some nice fanfare. I’m sure the fans will be there to support the local boys.”

According to Gerwing, he is very excited for the season to unfold.

“I think we have a much stronger team than we did last year,” he said. “I love playing at this level because we get to play against the best players in the province all the time. Some of the guys in our league will eventually play in the show (NHL), so that’s pretty cool.”