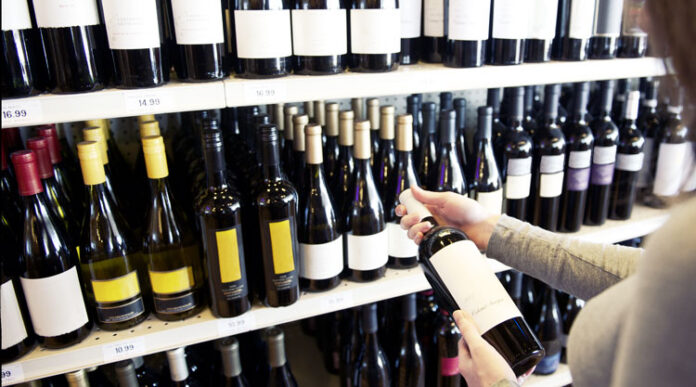 When it comes to alcohol sales, business has been booming for the Loon Lake Hotel. According to the hotel’s owner, however, this isn’t necessarily a good thing.

“The hotel bar is actually closed right now, but I do keep it open at nighttime for a few hours, but just for straight off-sales,” explained Ray Lussier, a 36-year veteran of the hotel industry. “I also own the liquor store in town, which is located in the same building. I have two separate licences, and since the pandemic began, my liquor store sales have gone through the roof because of people with COVID money.”

While this means liquor store revenues are up, Lussier is concerned about the dangers this can pose to the people of Loon Lake, Makwa Sahgaiehcan First Nation and the surrounding area who – thanks to the Canada Emergency Response Benefit (CERB) money provided during the early months of the pandemic – were able to purchase more alcohol than they ever could before.

“For example, there used to be a girl who would stand outside all day until she had enough money to buy a bottle of wine,” he said. “All of a sudden she has a cheque for $2,000. She’s rolling in cash like she’s never seen before. That’s when she walked in and said she would take a whole case of wine. It’s killing these people. These people should never have been given that money – it has not helped their lives one bit.”

And, although alcohol sales are Lussier’s bread and butter, he said to abuse alcohol is wrong.

“It’s hurting our hospitals,” he said. “Right now we have people lined up with COVID trying to get into the hospitals, but I know of three people who recently died because of alcohol. COVID is not as bad as the alcohol and the government contributed to it by giving them that money.”

According to David Morris, media spokesperson with the Saskatchewan Liquor and Gaming Authority, Saskatchewan has approximately 650 liquor retailers operating across the province. Of these, only 35 are government operated stores.

“SLGA does not provide sales information for its 35 stores, but, in general, SLGA has seen an overall increase in the total volume of wholesale sales,” Morris confirmed. “During the current fiscal year (beginning April 1, 2020) the volume of wholesale beverage alcohol sales to retailers in the province have increased by approximately 10 per cent compared to last year.”

Lussier, meanwhile, said his alcohol sales increased at least 30 per cent during the pandemic.

“I’ve sold more Texas mickeys in the last six months than I have in my lifetime,” he said. “I’ve had 10 hotels in my lifetime, and we used to sell six or eight Texas mickeys in a year. It’s a pretty big bottle of booze, but it got to the point where I was bringing in 20 at a time and selling 20 in a week because that is how much money these guys had. Booze creates problems.”

In spite of this, Lussier relies on the sale of alcohol to earn a living, and said he only wishes the government hadn’t made it so accessible to so many people by providing everyone who asked for support extra funding because of the pandemic.

“I’m way too old to pay that (CERB) bill off,” he said. “My grandchildren probably won’t be able to pay that bill off. The way the government has been throwing money around is totally unacceptable.”