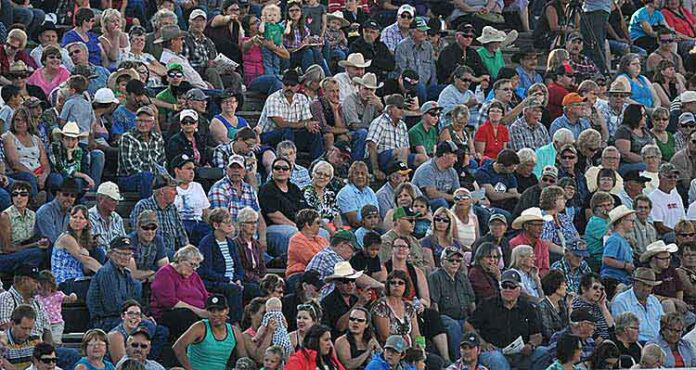 The Meadow Lake Stampede Grounds could soon be on the move.

During Monday’s (Sept. 13) meeting of Meadow Lake city council, it was made clear current plans to develop a multi-use facility at the site of the former Meadow Lake and District Arena do not include a grandstand or racetrack.

A motion was carried at the meeting calling for the city to commit to providing support for construction of a new grandstand and racetrack facility for Meadow Lake and the surrounding area if the facility is located outside city boundaries. The degree and type of support will be determined at a later date by mutual agreement of the city, the RM of Meadow Lake, Flying Dust First Nation, the local grandstand committee and any other key regional stakeholders.

Meanwhile, city manager Diana Burton pointed out a council decision from 2019 stating the city would not support the rebuilding of a standalone grandstand at the current site unless it was part of a larger plan.

“Following this, the recreation manager at the time began work on a multi-use facility proposal for an ICIP grant application that was submitted in early March 2020,” Burton added. “March 2020 also marked the onset of a global pandemic that dramatically shifted priorities around recreation as facilities were closed, and further work on this project was paused.”

In 2018 and 2019, when this matter was last discussed, city administration recommended moving the Stampede Grounds to an alternate location for several reasons. These included the fact the grounds are utilized on average of seven days per year, the facility is primarily used by residents of other communities, the outdoor amphitheater at Lions Park is rarely rented out and it is unlikely another outdoor concert venue would fare significantly better, and the land has significant potential for other uses including other recreational activities that would see greater use than the Stampede Grounds.

“Following the arena fire June 6, administration has been exploring options for the best use of land when rebuilding this facility,” Burton noted. “All draft plans received to date have noted the significant constraint placed on any design by needing to incorporate the Stampede Grounds. If there is a desire to add additional recreation services at this location, such as a field house, modernized conference and event hosting space, or other community services, these will be conflicting with the Stampede Grounds land.”

Councillor Clay DeBray, however, is not in favour of relocating the grounds and did not support the motion.

“I have yet still to see what this building (new arena) size is going to be,” he said. “To determine there is not going to be enough room (for a grandstand and track), we don’t know that yet. And, going by the recommendation here, it’s not saying it is being moved out of the city. It says we are agreeing ‘if’ the facility is located outside the city. If all the partners don’t agree, where does it put us?”

“The partners don’t have a say in what the city does with the track,” she said. “The partners have a say on the possibility of developing a grandstand outside the city.”

According to Dustin Gorst, who helped organize the local grandstand committee in recent years, there has been little to no communication between his group and the city for some time.

“I’ve put a lot of pressure on Merlin (mayor Merlin Seymour) to get an answer, but until recently he hasn’t really wanted to communicate with us,” Gorst told Northern Pride. “We never supported a move out of town. It’s frustrating, but at least a decision has now been made and we have a better idea of what the city wants.”

Gorst also said, once harvest season is finished, the grandstand committee will meet to discuss next steps.

“We will decide as a group how we want to move forward,” he said.