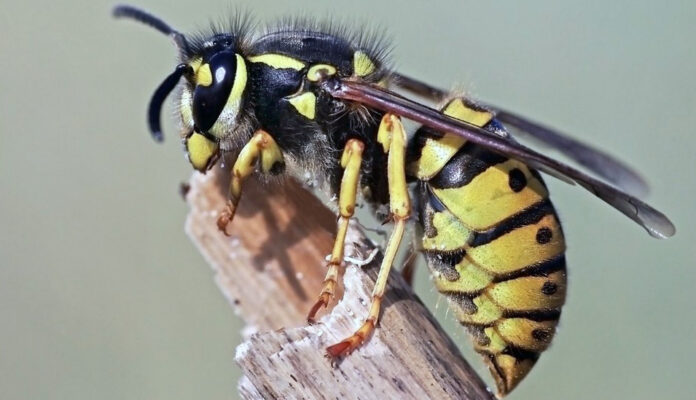 This often parodied quote from actor Nicolas Cage in the 2006 film The Wicker Man likely became a common phrase throughout Saskatchewan including right here in the Northwest this summer as dry weather conditions resulted in an above average wasp population.

According to reports, dry conditions often lead to an increase in wasps because the less water there is for plants results in less nectar for the insects to feed on. This, in turn, causes the species to flock to populated areas in search of nutrients.

“I’m not an entomologist, but I can speak to the weather,” remarked Terri Lang, a warning preparedness meteorologist with Environment and Climate Change Canada. “It has been hot and dry across much of the province. In Meadow Lake, it was the third warmest summer on record and the driest on record in 55 years.”

Lang went on to say the entire weather pattern was not typical this summer.

“We got that big ridge of high pressure that sat over western Canada, the same problem that caused the heat and, in turn, the wildfires in British Columbia,” she noted. “When there is a pattern like that, it’s hard to break it. We also had a dry fall, a dry winter and a dry spring. When there are dry conditions, it’s hard to get a lot of thunder showers which is where we get a lot of our moisture from. When it’s dry to begin with, it’s more difficult to get a thunderstorm.”

Lang also said the pattern appears to have switched, and weather traditionally experienced in June is happening now.

“Thunder, rain showers and a chance for tornadoes,” she said. “It’s hard to hang it on one thing.”

Sydney Worthy, entomologist with the City of Saskatoon, confirmed there has been an increase in yellowjackets throughout the province this summer, but added population spikes in late summer are normal.

“They are social and have large colonies, which is an uncommon trait in the bee/wasp world,” Worthy said. “In the spring, a queen will have her first brood of non-reproductive workers. These workers go out and look mainly for protein sources for the queen and for larvae. This is why they are mostly after meat in early/midsummer, and are important predators for nuisance insects.”

She also said drought conditions this year are also favourable for wasps.

“Without heavy rains, their nests don’t get flooded out, and the heat brings out a lot of their prey,” Worthy said. “As such, their colony sizes are larger. I personally have not seen bees in any greater number than previous years, but I no doubt they are flourishing in some way due to the conditions.”

Meanwhile, local agronomist Dave Cubbon said the increase in wasps can be a good thing because the insects are pollinators.

“This is important,” he said. “If global warming is for real, and I think it is, we are going to have to get used to there being more of them around.”

“I have a grandson who now has an EpiPen with him because of a wasp sting this summer,” he said. “This has not happened before, and I am pretty sure he has been stung before.”

According to Dr. Gavin Van de Venter, chief of staff at the Meadow Lake Hospital, there was indeed an increase in the number of wasp-related incidents in the ER this summer.

“And, it was causing a lot of anxiety amongst people who were camping and so on,” Van de Venter said. “The attacks were unprovoked, but seem to have settled now.”