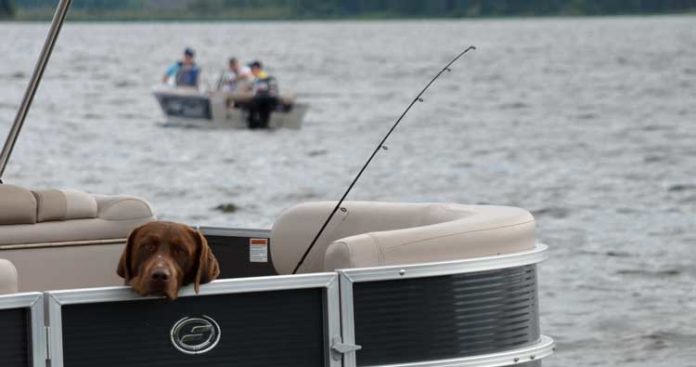 After two years, the fish will once again be biting at Pagan Lake when the Meadow Lake Elks reintroduce the club’s annual family fish derby fundraiser.

The event is scheduled to take place June 11 and 12 and will mark the first derby the Elks have hosted since before the COVID-19 pandemic.

“The derby itself gets underway at 12 noon both days, with registration starting at 9 a.m.,” explained event organizer and Elks secretary Eugene Allan. “The last two years have been very disappointing. COVID shut us down the first year, while there was still some uncertainty last year. It takes time to organize an event like this, so we just said we couldn’t do it at the drop of the hat.”

Allan did note, however, the club did receive numerous inquiries throughout the last two years as to whether or not the derby would be making a comeback.

“Yes, we’re coming back,” Allan said. “We’ll once again be receiving some help from the Meadow Lake SheDevils rugby team. They’ve done a wonderful job helping us out in the past, it’s been good for them and good for us, and we’re hoping numbers (as far as participants are concerned) will be up. I know it’s very trying for families right now because, everywhere you turn, costs have gone up – gasoline, food, the cost of living in general is just horrendous. So, having a place to go where they can enjoy themselves as a family, where it won’t cost them a whole pile of money is hard to find.”

Food for the event will be provided by From Scratch.

“They’re looking after the food for us this year, which helps also,” Allan said. “We’ve lost a couple members because of old age and death, and we’re still a small group trying to do the best we can for the community.”

The fish derby has served as the Elks’ major fundraiser of the year for more than two decades.

“Fortunately we do have a small pile of reserves we have been able to dip into these past two years to support the new long-term care facility being built – we sponsored one of the units there,” Allan said. “We never stopped anyone from our support list. We still provided something to the Carpenter High School scholarship fund, along with other initiatives including the local music festival. However, our reserves are limited.”

A long-term project the club would like to fund is improvements to Elks Park in Meadow Lake by implementing more walkways, tables and lighting.

“Having the derby back will help us to get back on track,” he said. “We, like most non-profit groups, are struggling to get members. The more hands the merrier, but it’s been a struggle. We’re not back to normal from before COVID, but we’re hoping this event will bring with it a feeling of normalcy. I believe things will go well.”

Each year, the derby attracts close to 150 participants and their families.

“Quite often we have 300-400 people at the event, but we won’t know until the day of,” Allan said. “This should have been our 23rd year but it’s actually our 21st, and some people have been there every year. It’s good to have it back, and a nice feeling to get things back to where they were and to, hopefully, make them even better.”