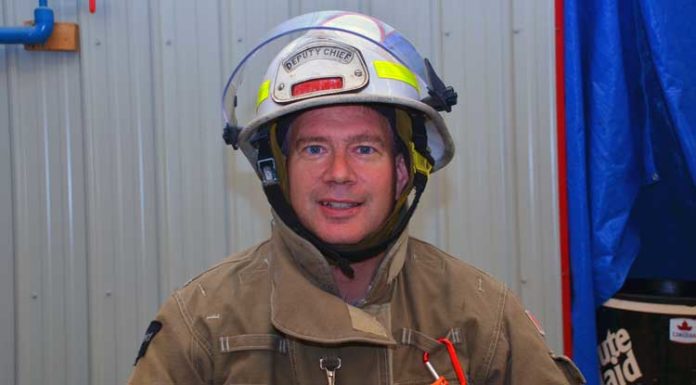 A new yet familiar face will soon be in charge of the Meadow Lake Fire Department.

During the regular meeting of Meadow Lake city council held Monday (Nov. 14), a motion was carried to ratify the hiring of Joe Grela as fire chief effective Jan. 3, 2023. Grela, who has served as deputy-fire chief since 1996, will replace outgoing fire chief Neil Marsh.

“In March 2022, council approved the splitting of fire chief/building official role so – among other reasons – complete levels of service in both positions could be achieved and so the city could undergo a more serious approach to long-term and strategic planning,” explained city manager Diana Burton in her official recommendation to council.

Burton went on to note Marsh was appointed as the new planning and development manager for the city in April.

“This was to be in effect once the new fire chief started in order to keep the role filled during recruitment,” Burton continued. “The city posted the fire chief position with the hopes of finding someone who would be qualified, feel at home in Meadow Lake and meld well with our fire department. That search led us to Meadow Lake’s own Joseph Grela who has been a dedicated member of our fire department for 30 years and a long-standing deputy-fire chief.”

When contacted by Northern Pride, Grela explained the timing worked out perfectly in terms of him transitioning from his current role with the Saskatchewan Health Authority to a full-time role with the fire department.

“As it turns out, I’m able to take an early retirement from the health authority,” Grela said. “My original plan was to retire in five years, but, even if I did, I’m not the kind of person who can sit around at home and do nothing. I would be looking for something anyway, and, when the opportunity came up for the fire chief position, I decided to apply.”

Grela went on to reiterate Burton’s point, noting he will be a 31-year veteran with the department come the end of January.

“As there is with any new position there will be challenges, but I guess I will have to deal with them as they come up,” he said. “This is a different role than the one I’m in now (with the SHA), but there are also some similarities. Instead of running multiple buildings I will be running a fire department.”

Grela’s role with the SHA is building services manager.

Grela also spoke highly of his time working alongside Marsh.

“Neil and I get along well together and I don’t anticipate a lot of big changes on the fire department because Neil did a really good job with it,” he said. “I’m looking forward to the new challenge and, like they say, change can sometimes be as good as a rest.”
Burton, meanwhile, said administration is also looking forward to Grela taking on the fire chief position.

“We believe this will be a smooth transition and are excited to work with Joe more closely in the New Year,” she concluded.