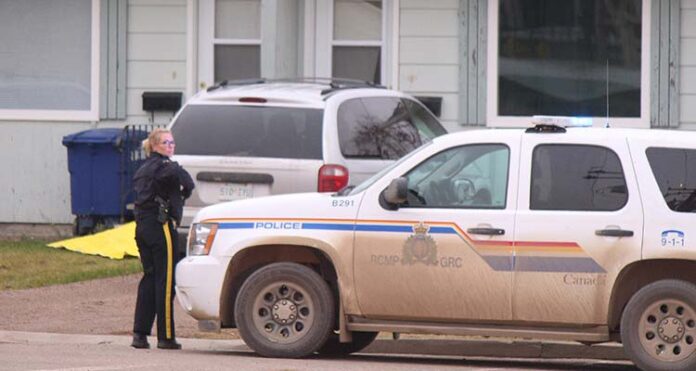 A recent incident in Meadow Lake that led to the deaths of two men has been deemed a murder-suicide by police.

Meadow Lake RCMP received a complaint of gunshots at approximately 10 a.m. Nov. 5 and responded to a duplex along 6th Avenue West. There, officers found 70-year-old Robert Bell and 73-year-old Sonny Morin both deceased outside the house.

The investigation has so far determined Bell was the victim and his body was scheduled for an autopsy in Saskatoon Nov. 9.
Bell was a board member of Meadow Lake Native Urban Housing and board chairperson Bernice Daigneault said many people considered him to be a wise elder. She added Bell was elected to the board twice and was a well-respected Métis man.

“He never missed a board meeting and was always putting forth the agenda of the Métis,” Daigneault recalled. “He was very active in terms of providing housing for Métis people in Meadow Lake. He’s going to be missed.”

Daigneault went on to say residents of the community have been devastated by the incident. She said board members wish to participate in the funeral, once the date is set, to pay their final respects to Bell.

“It’s going to take a while for people in the community to get their heads around this,” she concluded. “There’s going to be a big hole left. We’re going to need to take a deep breath and figure out how we can deal with this.”

Allan Erickson, a friend and neighbour of Bell, said he would meet with Bell and others every evening at A&W. He noted Bell had lived at the residence – where a memorial now rests on the front lawn – for two months and was known for his positive attitude.

“He was a friendly and big, jolly guy,” Erickson said.

Natalie Gray, an RCMP spokesperson, said the results of the autopsy won’t be made public and the investigation is ongoing.