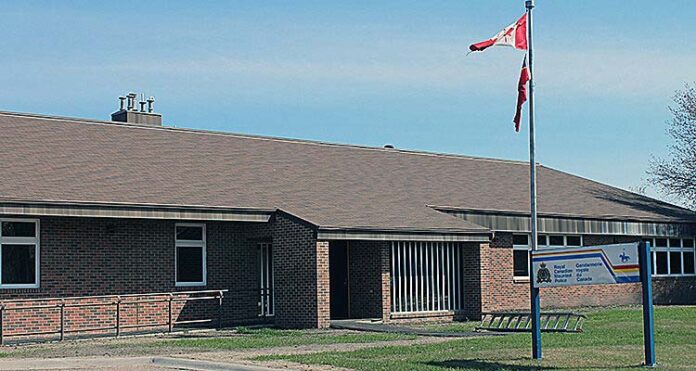 The Meadow Lake RCMP have turned to the local business community in an effort to curb an all too common occurrence police say has elevated well beyond the level of being a simple nuisance.

Recently, RCMP Cpl. Ryan How visited businesses in the downtown core to distribute a letter informing owners of efforts to curb the resources constantly required to deal with unwanted people causing problems on Centre Street.

“The RCMP detachment devotes an extreme amount of man hours toward arresting, processing and lodging intoxicated people, as well as laying municipal bylaw tickets for loitering and panhandling,” How noted in the letter. “Increasingly we are getting reports this behaviour is getting more and more aggressive as well.”

How went on to state, from an RCMP perspective, these individuals are affecting the ability of local shops and services to conduct business in a safe, secure and comfortable manner. He included with his letter, documents that will allow business owners who choose to do so to complete a victim impact statement as a way of informing the court of any hardships they experience as a result of loiterers and panhandlers.

“The people causing these problems are all being released for a court date in late June,” How’s letter continued. “The RCMP would like to present the presiding judge as many of these victim impact statements as possible to ensure the entire scope of the problem is felt by the court.”

In a subsequent interview, How described loiterers and panhandlers as a long-term problem in the community, adding it’s time the problem was properly dealt with.

“What’s been tried for as long as I’ve been here and probably even longer is not working,” he said.

That’s why How said it’s essential to get businesses in the downtown core to fill out the victim impact statements and bring their concerns forward as a means of making the judicial system even more aware of how serious this matter is.

“In some cases, it’s become aggressive enough to be classified as actual robbery,” How said. “They tend to target the elderly, females or people with young children. I don’t think they’re malicious, but they’re so deep into their addiction, they need to feed it.”

Among the businesses to receive a copy of How’s letter is Madill’s Drugs where front store manager Trevor Hills said customers and staff have had encounters with panhandlers in the past.

“Something absolutely needs to done, but I’m not sure what the solution would be,” Hills said. “If they’re moved out of the downtown, where are they going to go?”