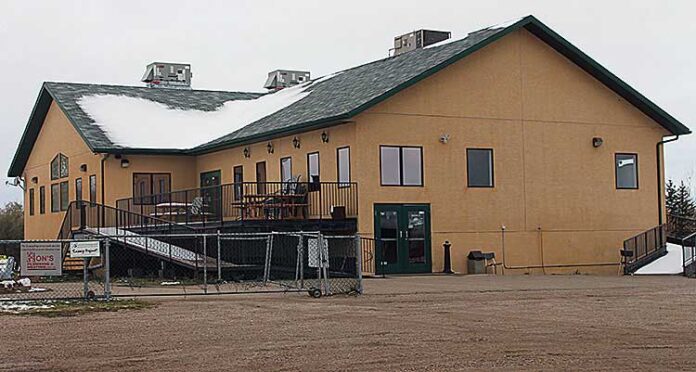 The city will issue a letter to the Meadow Lake Golf Course requesting financial statements after council members were unimpressed by a recent offer discussed at its meeting Oct. 11.

The golf course has two months left on its clubhouse mortgage, but still owes taxpayers $155,000 in the form of a long-term loan. In a statement to council from golf course president Brent Assman, he explains board members would like to repay the city $2,000 this fiscal year, then $10,000 per year until the debt is paid. He notes the club would like to spend a portion of the funds previous earmarked for mortgage payments on replacing machinery.

The offer, however, was declined because council members haven’t received financial statements from the club since 2012. Also, members felt $10,000 per year was insufficient considering the clubhouse mortgage payment is $26,000. Deputy-mayor Annette Klassen reminded council the club also doesn’t pay for interest on the money they were loaned, taxes or utilities.

“One thing I find frustrating is they’ve come to meet with us and they’ve made promises which they haven’t kept, or they ignored requests to have financial statements to be forwarded,” she stated.

If the club fails to submit its financial statements by Nov. 9 for consideration at the Nov. 14 council meeting, Klassen suggested ways to force them to do so. She said options include charging them interest – which exceeds $100,000 – on the loan or transferring the land back to the city. Either way, Klassen feels it’s important to act in the best interest of the taxpayers.

All council members – with the exception of mayor Gary Vidal and Layne Shkopich who weren’t present – didn’t feel $10,000 per year was acceptable. Conrad Read stressed the club has breached the arrangement in the past and should be held accountable, while Curtis Paylor called for the extra $26,000 per year to be directed to the city.

“They’re still able to make improvements with the condition they’re in right now,” Paylor remarked. “I would say let them finish their payments for two months and then they can just continue the payment to the city – interest free.”