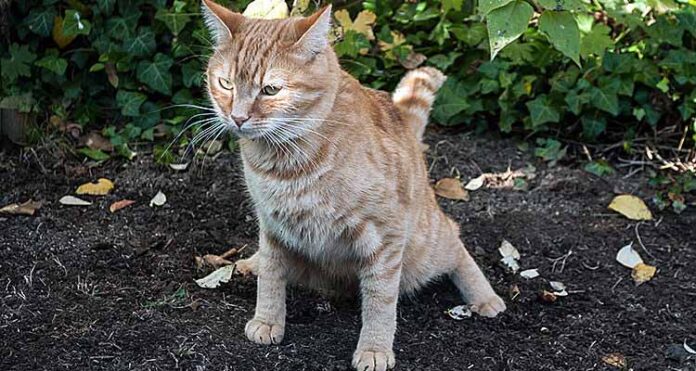 Meadow Lake city council believes efforts to licence household pets that don’t fall under the category of “man’s best friend” could ultimately turn into a cat-astrophe.

In spite of a request made by Meadow Lake resident Louise Slater to have the city require cat owners to licence their pets, council chose to instead have administration research other options to help control the community’s stray cat population.

“I was looking at my flower beds this week and noticed a very large amount of cat feces and was very disgusted,” Slater wrote in a recent letter to council. “There are different cats coming into my yard at various times and it drives my dog crazy. The cats also like to chase the birds and squirrels in the yard. He (dog) barks, and runs back-and-forth trying to get out. This doesn’t bother me, but the cat feces should not be my problem. If I allowed my dog to leave his droppings anywhere, there would be an outcry.”

Slater went on to note she has done some research and discovered most cities in Saskatchewan and Alberta have a cat bylaw. She also said, if Meadow Lake were to introduce one, it could be another revenue source for the municipality. She even provided council with an example of Leduc, AB’s cat bylaw, which states, “the owner or any other person having care or control of a cat shall ensure the cat does not enter onto property other than the property of the owner unless the cat is on a leash not exceeding two metres in length or if the person in charge of the property consents to the cat being there.”

“The city should look at treating all pets the same,” Slater added. “Having cats licensed should create a better pet owner and maybe help control some of the population.”

However, during its regular meeting April 23, council surmised it would be much more difficult to enforce a cat bylaw than its current dog bylaw.

“I feel her pain, but what do you do with stray cats?” asked councillor Kim Chiverton. “How do you catch them and where do you put them when you catch them? We have a place for dogs, but we would also need to have a cat place.”

City manager Diana Burton said the local humane society does accept cats, but the enforcement of a cat bylaw could be very time consuming for the city’s bylaw department.

“Beyond licensing and catching them, there are other things we can do to encourage a safer cat population… some places will offer subsidized spay and neuters of cats,” she said. “There are a few things you can do if you want us to look into them.”

Council agreed and directed administration to come back to the table with more information about what other municipalities are doing to address the same issue.

Meanwhile, Dr. Dick Nitschelm of the Woodland Veterinary Clinic in Meadow Lake, said there are so many facets to consider, which makes it difficult to say if a cat bylaw would be effective or not.

“Numbers-wise, it’s amazing how many cats there are out there,” Nitschelm said. “There’s also a number of people who complain about them – but who is to say these aren’t bird lovers and cat haters?”

Nitschelm did say he is concerned about the number of cats roaming the streets, primarily for safety reasons. He doesn’t want to see anyone poison the animals nor does he want to see them hit by cars.

“A cat bylaw might help a little bit, but there is no magic bullet – it’s a matter of give and take,” he added. “Some people love cats and some people hate them, but whether a bylaw or subsidized spay and neuters will help is really hard to say.”