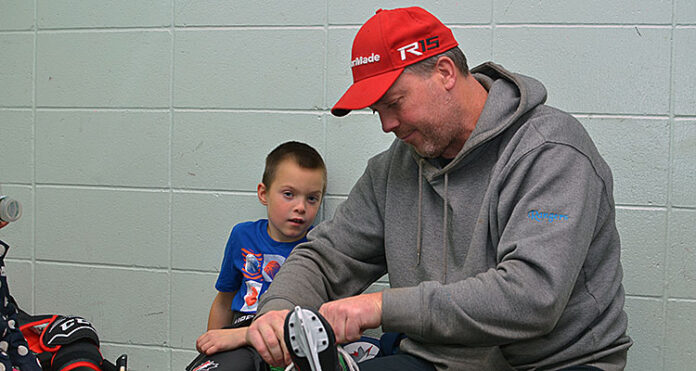 Councillor Glen Winkler wants to look to the future, not the past.

During the regular meeting of Meadow Lake city council Monday evening (Oct. 22), Winkler put forth a motion calling for administration to consult with user groups on the need for new dressing rooms at the Meadow Lake and District Arena, and to discuss possible financial support for the project. User groups, he said, should include Meadow Lake Minor Hockey, the Meadow Lake Senior Broncos and the Junior ‘A’ Mustangs. The motion was seconded by councillor Curtis Paylor.

“We should at least talk to the user groups and see if they feel there is a need (for new and improved dressing rooms) and, secondly, how they would go about funding such a project,” Winkler said. “In sports, good is the enemy of great or excellent. The current dressing rooms are inadequate and, in this case, being there a long time is the enemy of excellent.”

Winkler went on to say, just because the dressing rooms worked well 41 years ago, there’s no justification they do now.

“I really believe, when we are planning facilities, we need to look five or 10 years into the future not five, 10, or 41 years backward,” he said.

In a subsequent interview, Winkler said the issue of inadequate dressing rooms is one he’s discussed with arena user groups going as far back as July.

“The motion I brought forward at the council meeting was not driven by what happened at the arena Saturday – that only served as an example of what I had been talking about all along,” Winkler said. “This is a situation that’s existed for a long time, and both the Broncos and the Mustangs have recognized this and have been making due.”

Saturday saw no less than six teams battle for dressing room space, as Meadow Lake’s Midget female squad, the Mustangs and the Broncos had back-to-back-to-back games against three visiting teams. Winkler said, in some cases, the larger teams coming from out-of-town even require the use of two dressing rooms at once because there isn’t enough space in one. Currently, the arena houses seven dressing rooms including the former Stampeders’ room at the northeast corner of the building.

“The community supported the Stampeders to build their dressing room, the community is supporting the efforts to save the grandstand, the community built the swimming pool, and it built a million dollars worth of projects for the 2012 Saskatchewan Summer Games,” he said. “The community probably built the rink as well, or at least it would never have been able to fly had the community not supported it… This isn’t a budget meeting. I’m not suggesting we cancel a street getting paved (to fund dressing rooms), but let’s hear what the people who use the arena have to say… We’re at the stage where we ask these people how many dressing rooms they need and if they are willing to go raise the money to make it happen… I’m just asking for us to have the discussion.”