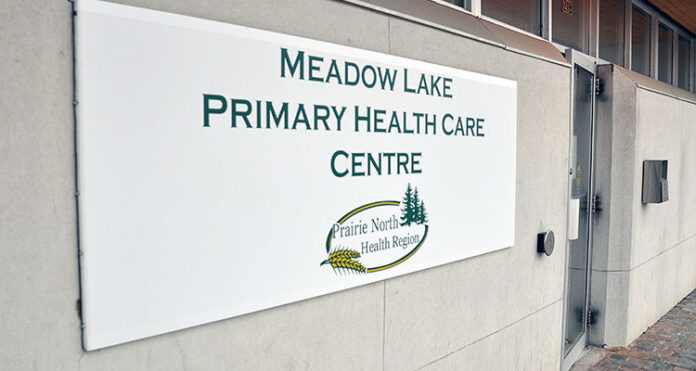 It may not have a clean bill of health quite yet, but the doctor shortage in Meadow Lake certainly appears to be on the mend.

According to officials with the Saskatchewan Health Authority, two new doctors will soon be in place to help offset the recent departure of six others, as well as one nurse practitioner from the community.

“We’ve lost five doctors so far this summer as well as one nurse practitioner, while a sixth doctor will be leaving in September – so that means a loss of seven health care providers,” explained Dr. Gavin Van de Venter, chief of staff at the Meadow Lake Hospital. “While we do have at least two new doctors (Dr. Umber Arain joined the Meadow Lake Primary Health Care Centre in July and Dr. Maryam Bahramisharif will arrive next month), in the meantime everyone has been doing extra work so we can still offer as many services as we can until we get our numbers back up.”

Van de Venter said this includes added responsibilities to the local nursing staff who now have taken a more active role in the area of chronic disease management. He also said there is a concentrated effort to encourage patients not to visit the hospital’s emergency department unless the situation absolutely warrants it.

“If it’s a non-emergency, please avoid the emergency department because, with the extra work we’re already taking on, the doctors are already stretched,” he said. “Unfortunately, a doctor will sometimes be called to the hospital at 1 a.m. to treat someone who is suffering from a cold and then this same doctor has to be back at work for 7 a.m. This kind of thing really puts a strain on our people.”

However, because of the current doctors’ willingness to meet the challenge of a physician shortage head on, Van de Venter reiterated very few services have been compromised as a result of the shortfall.

“There’s still a whole amount of services we’re able to provide,” he noted. “We still have obstetrics, we’re still delivering babies and we do encourage people to stay in Meadow Lake to have their babies because we still offer full epidural and C-section services. Nothing is changing in that regard.”

SHA officials also noted locum (temporary) physicians have been hired to fill shift vacancies until the situation stabilizes. These include family physicians and family physicians with enhanced skills. A temporary administrative support staff has also been added to the Practitioner Staff Affairs department North West Area, to assist with facilitation of locum physicians, while recruitment of both locum and permanent physicians is ongoing with postings advertised locally, provincially and nationally, as well as networking with SHA physicians.

“Several physicians have expressed interest; however, we are unable to comment on these physicians until they have confirmed and signed a contract,” noted Doug Dahl of the Saskatchewan Health Authority’s communications department.

Van de Venter said he is pleased with the team effort put forth not only by the local physicians, but the health region as a whole to help address the situation.

“The health region has been very involved,” he said. “They have been having regular meetings with us. Our focus (for recruitment) has been on international graduates, and while the effort to hire local graduates is also there, that has always proven to be a challenge. We try to find people with families or who we know want to put down roots here because they are the ones more apt to stay. If you want to raise a family in a really solid place, Meadow Lake is it… The positive thing is we’ve avoided what could have been a major downward spiral. It’s been a massive team effort on everyone’s part.”